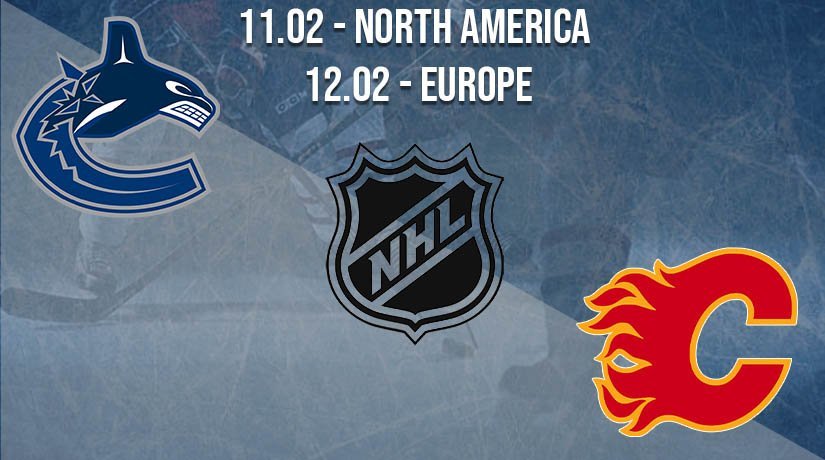 Vancouver will face Calgary on another game day of the NHL and seek to end their losing series. Let’s find out whether the Canucks will prevail. Look for the answers further in this article.

Vancouver delivered an excellent series of four wins and secured many points, mainly because of beating Ottawa. However, the real problems of the team were revealed in the matches with Montreal and Toronto. Note that the team lost in regulation time and lost with a difference of at least two goals in each of those matches. For example, in the two previous meetings with the Leafs, the Canucks scored only two goals, having suffered losses with a score of 1-5 and 1-3, respectively. Due to such mediocre results, Travis Green’s squad was in the penultimate position of the Conference and at the same time became the most conceding club in the League, beating even Detroit and the Senators in this metric.

Calgary has successfully played two home games, beating Edmonton (6-4) and Winnipeg (3-2). Their fans were pleased with their excellent performance in the offence, especially in the match with the Oilers, where Mike Backlund gave two assists and a goal. Before that, the Flames had an away series of five games, where they managed to earn points only by defeating Montreal (2-0) and Winnipeg (4-3 SO). Not a bad result for the Flames, as the team rarely shows its best side on the opponent’s ice.

In this match, Calgary is the clear favourite, even though the team does not always play in the best way on the road. Vancouver has been underperforming lately, leading to a losing series. Since the Flames are quite capable of losing to their opponent, the best choice would be to bet on the totals. The Canucks will try to play more reliably in defence at home, as the team was losing points precisely because of the large number of goals conceded. Our prediction is the match total over 5.5.