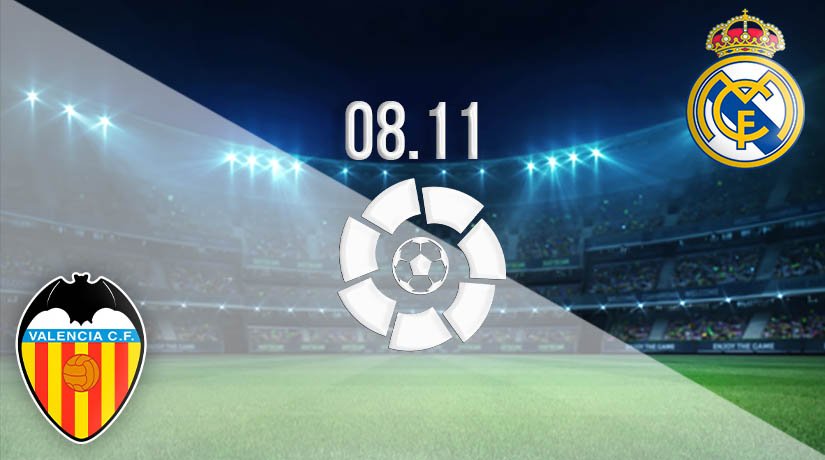 Valencia welcome Real Madrid in La Liga on Sunday evening with the match scheduled for a 20:00 GMT kick-off. The home team know the size of the challenge ahead of them in trying to deny last season’s champions all three points, but Madrid were in Champions League action in midweek and that may benefit the locals.

Valencia and Real Madrid have met a total of 62 times in the past and it’s no surprise to learn Blancos have won the majority of those games with 35 victories against the 13 of their opponents with 14 draws. The sides clashed three times in league and cup action last season with Madrid winning 3-0 in the most recent encounter, Benzema netting a double that day.

Valencia lose three on the bounce

Valencia have stumbled out of the starting blocks this season and can be found down in 13th place after eight games played. The hosts have won two, drawn two and lost four games so far, scoring 11 goals but conceding 13. The eight points gained means they are only three better than Levante and the relegation zone but four behind Real Betis who occupy one of the European slots.

The home team enter on a poor run of recent form that has seen them go without a win in their last four. They lost three games on the bounce but were able to stop the rot last weekend when holding on for a 2-2 draw at home to Getafe. In an action-packed match that produced four goals and two red cards, Soler netted a penalty 10 minutes into stoppage-time to rescue a point for his men.

Real Madrid enter the round having played seven games and can be found second in the league table behind early leaders Real Sociedad. The visitors have won five, drawn one and lost one game so far, scoring 13 goals and conceding just five. Zinedine Zidane’s men have won each of their last two games and arrive in town looking to complete a treble that could see them hit pole position.

Madrid continued their strong form when hammering Huesca 4-1 in their final match of October. They took the lead on 40 minutes through Hazard and that opened the floodgates, Benzema netting a double and Valverde chipping in with the fourth goal. Ferreiro scored a consolation goal late in the game but the destination of the points was never in doubt.

Valencia are in a poor run of form ahead of this game but do hold the home advantage. They must be organised at the back and take any chances that come their way at the other end of the field. Real Madrid are brimming with confidence and have the quality to put their hosts to the sword. They’ll want to remain patient and create plenty of chances.

Make sure to bet on Valencia vs Real Madrid with 22Bet!