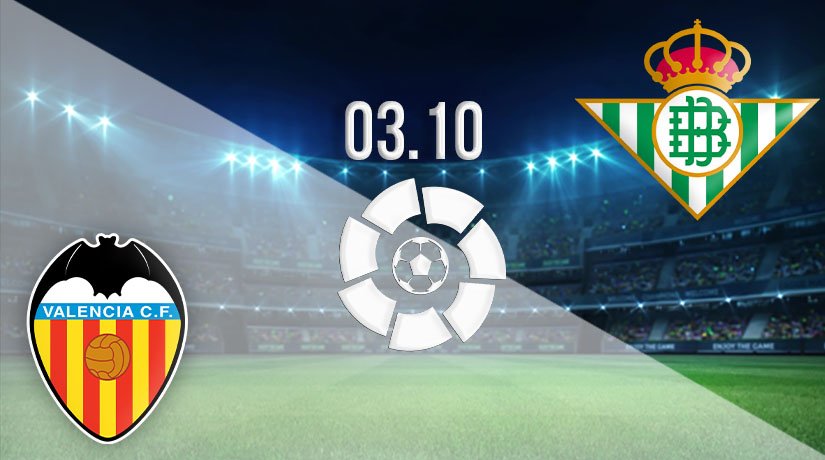 Valencia and Real Betis have both started the season in great form, and they will be able to showcase their credentials for a European fight this season as they face off this weekend. But, which team will get the three points?

Valencia may have caught teams off guard over the first weeks of the La Liga season, as many predicted that they would struggle this term. The club were forced to sell a number of their stars over the summer months. However, they have started the season well, and currently sit in second place in the league standings. They have picked up seven points from their opening four games. They are also two games unbeaten in the league now, and bounced back from a draw at home at the weekend against Huesca to beat Real Sociedad in mid-week.

Valencia were made to work hard in that fixture, as they needed to bide their time before getting a clear cut opportunity. However, they finally got their chance with 15 minutes remaining, and Maximilliano Gomez took that chance to score his third goal of the season. There is still work to do defensively, as they have conceded five goals in the four games so far.

Real Betis are currently towards the top of the league, as they sit in fifth place. Manuel Pellegrini has had an immediate impact since his arrival to the club, and he will be hoping that will continue away at Valencia. However, early season confidence looks to be diminishing, as they have no lost their last two in the league. The first of those defeats came against Real Madrid, before they were toothless against Getafe last time out. Getafe won the game between the two sides 3-0, with all three of their goals coming in the first half.

Valencia are unbeaten in three home meetings against Real Betis. Last season’s meeting saw Valencia run out 2-1 winners. Real Betis have won just once in the previous seven meetings, with that win coming in November 2019.

Pellegrini will be concerned by the fact that his side have conceded three goals in both of their last two matches. Valencia have been effective going forward so far this season, and that means that it could be a big home win for Valencia against their rivals for a European finish.

Make sure to bet on Valencia vs Real Betis with 22Bet!