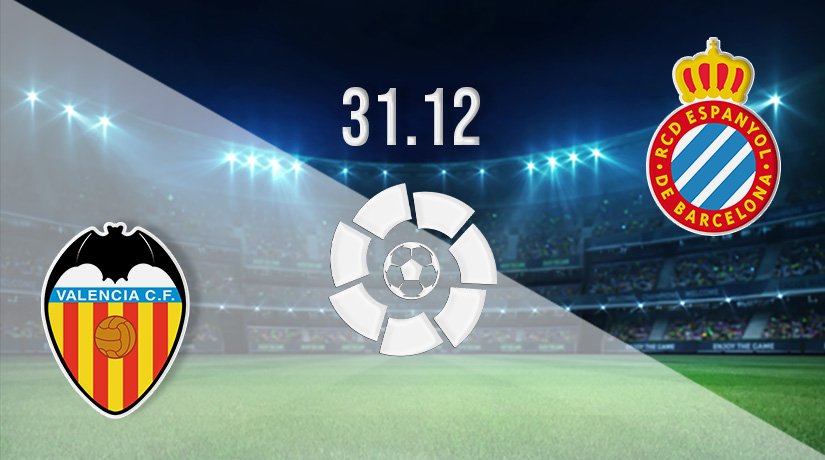 Valencia welcome Espanyol to the Mestalla Stadium on Friday in a La Liga Mid-table clash at 16:15 GMT.

José Bordalás’ side will be looking maintain their recent momentum and climb the La Liga log towards the European positions.

Having won three consecutive fixtures in La Liga, and being unbeaten in 7 matches, Valencia have gained a robust consistency in their play that has seen them rise to 8th on the table.

Can Espanyol be Consistent in La Liga to Climb Up the Table?

With three defeats and two triumphs in their last five rounds of fixtures, Espanyol have shown inconsistency in results and performances.

Vicente Moreno’s team will be looking to find the elusive consistency to help them gain the results they need to climb into the top half of La Liga and towards European qualification places.

After three consecutive draws, Bordalás’ side have won 3 consecutive La Liga outings. Overall, they are unbeaten in the last 7 matches in La Liga, which has resulted in 15 points collected from the available 24 in the last 8 rounds of fixtures.

In the last 8 rounds of fixtures, Vicente Moreno’s side have been inconsistent. In this run, they have collected 10 points and dropped 15. They have managed 3 victories, 1 draw, and 5 losses.

Last time out, Espanyol lost 3-1 to Celta Vigo following an enthralling 4-3 win over Levante. The stop-start form shown by Moreno’s men has seen them occupy the 11th position on La Liga.

Bordalás will be without right-back Thierry Correia; the 22-year-old suffered a muscle injury on September 20th.

The rest of the squad is available for selection for the match against Espanyol, barring any coronavirus positive tests in the camp.

Vicente Moreno’s side has the full squad available for selection. This will be a major boost to the gaffer as he seeks to find a formula to gain some consistency in performances and results in La Liga.

Soler has plundered 7 goals and 2 assists in 14 appearances for Valencia this term.

The Spanish professional has a 39% goal conversion rate and a 67% shot accuracy, which are both the best in the Valencia team.

Soler will be crucial for Valencia in the match against Espanyol.

Tomás has been essential for Espanyol this season grabbing 8 goals and 3 assists in 17 appearances.

His goals, pace, hold-up-play, and creativity will be crucial for Espanyol in the match against Valencia.

Valencia are in splendid form, and they will play with the home advantage at the Mestalla Stadium. Espanyol’s stop-start form and away form will be a major worry for Moreno. Valencia will be favored to win the match and extend their winning run to 4 consecutive matches in La Liga.

Make sure to bet on Valencia vs Espanyol with 22Bet!