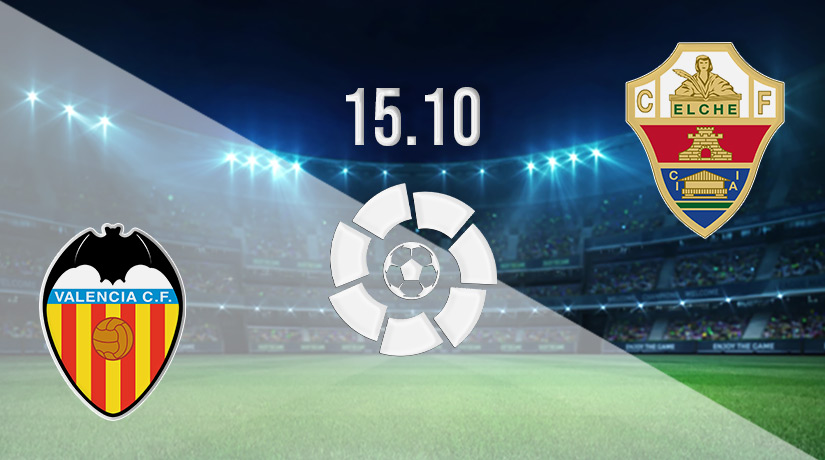 Valencia will be looking to maintain their strong recent run of form this weekend, as they look to break into the top four positions in the La Liga standings. This weekend, they host Elche, who are the only side in the Spanish top-flight yet to pick up a league victory this term.

There will be a battle between two teams at opposite ends of the La Liga standings this weekend, as Valencia will be aware that a victory in this home fixture will lift them into the top four of the standings in the Spanish top-flight. They have been in great form over recent weeks, as they have lost just once in their previous five, and they come into this fixture having gone three without defeat.

Valencia has picked up two wins in their previous three league fixtures, which includes their excellent win on the road last week against Osasuna. Justin Kluivert scored the only goal in the first half, before Mouctar Diakhaby scored the second for Valencia.

Things already look to be incredibly tough for Elche at this stage of the season, as they come into this fixture sitting rock-bottom of the La Liga standings. At present, they are four points from safety, and they are the only team in the league yet to pick up a victory this term. Elche is also the second-lowest scoring team in La Liga, and they have the worst defensive record.

They were able to stop the rut in their previous league fixture, as they ended a four-game losing streak with a hard-fought 1-1 draw against Mallorca. Ezequiel Ponce scored the goal for Elche in that draw.

Valencia vs Elche Head to Head

Valencia has picked up victories in each of the previous three meetings between these sides. They have also picked up wins in all four home matches that they have played against Elche since 2013. Elche has won twice, but their latest win came in October 2020.

It is extremely difficult to make a case for Elche this weekend, as they haven’t looked like winning in La Liga so far this term. Valencia come into this fixture in the best form, and we like the chances of the Spanish side claiming the points with a comfortable scoreline this weekend.

Make sure to bet on Valencia vs Elche with 22Bet!