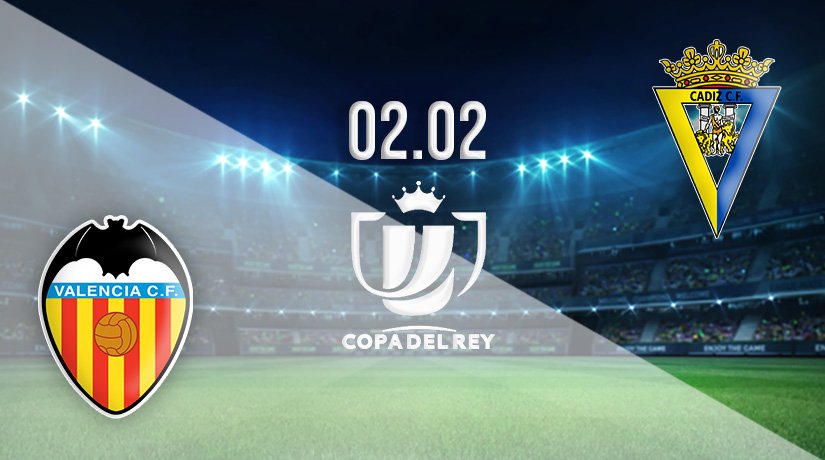 There is a wide-open tie in the Copa del Rey on Wednesday evening, as Valencia welcome Cadiz to the Mestalla Stadium with a place in the last four of the Spanish domestic cup on the line. Both sides are evenly matched, and it could be a tight game between the two.

Valencia have experienced more success than most in the Copa del Rey throughout their history. They will be looking to add to the eight titles that they have won this season. Meanwhile, the competition could also be their best route back into European competition, as they are currently way off the pace in La Liga as they sit in tenth place in the standings.

Valencia last won the Copa del Rey in the 2018-19 season, and have won the last three finals that they have reached since 1998. This will be the first time that Valencia have played at home in the competition this season, as their last four matches in the competition have all come on the road.

They beat Utrillas, Arenteiro and Cartagena in the early rounds. Their closest contest came in the previous round, as they edged past Atletico Beleares courtesy of a 1-0 win.

The Copa del Rey has been a welcome distraction for Cadiz so far this season. The La Liga side are down in 18th in the league standings, and face a fight to stay in the Spanish top-flight in the second half of the campaign. However, their recent form has improved, as they are unbeaten in their last three in all competitions.

After seeing off Valla de Fortuna, Albacete and Fuenlabrada, Cadiz faced their first nervy test in the previous round of the competition. Neither Cadiz or Sporting Gijon could find a way through in regular or extra time, before the visitors on that occasion eventually won 4-2 on penalties.

Valencia vs Cadiz Head to Head

Valencia have failed to win their last three against Cadiz. Cadiz have recorded one win in those three games, with that success coming in April 2021. Valencia’s only win in the last five came in the Copa del Rey fixture between the sides in December 2011.

Cadiz have had a fairly routine route through to this stage. However, this is a huge step up in opposition. For that reason, we expect the talented Valencia side to make it through to the last four with a routine 2-0 success.

Make sure to bet on Valencia vs Cadiz with 22Bet!