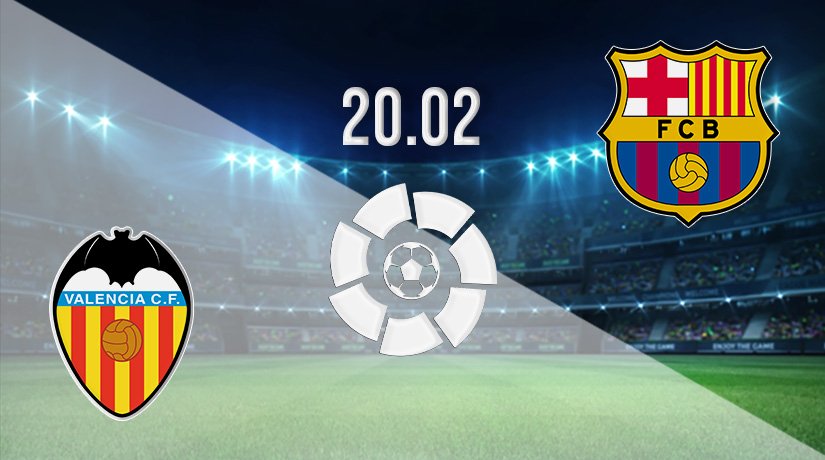 The top names in Spanish football return to La Liga action this weekend following midweek Champions League and Europa League commitments. Barca played at home to Napoli on Thursday but are on the road on Sunday, where they travel to Valencia for a league encounter. With both teams confident they have what it takes to claim the win and desired three points, this is a game that will keep armchair fans stuck on the action throughout the 90 minutes.

Both teams need the points for very different reasons. Struggling, Valencia goes in search of a win that would help put distance between themselves and the danger zone, moving towards the sheltered waters of midtable. Barcelona appears to be out of the running for the league title but is involved in a fierce battle to secure a top-four finish and space in next season’s Champions League. There’s much work to be done before the former champions can relax.

These teams have served up some thrilling matches over the years, with the last three meetings producing a total of 13 goals. Neutrals planning to tune into this match hope for more of the same here, but it’s likely the two managers would settle for a boring 1-0 win. The points are more important than the performance at this stage of the season, but which team will hold their nerve and come away with the victory? Our team of football writers investigate.

The home team started this week down in 12th place in La Liga, and they are much closer to the relegation zone than they are challenging for the major places. Valencia is rarely a team you would expect to be pushing for the top spot in the league, but this season’s efforts have been poor, even for their standards. Valencia carries in stats of seven wins against nine draws and eight defeats with 36 goals scored and 38 conceded. They have allowed the same number of goals against them as Cadiz, who are second from the bottom of the league. That’s something the coaching staff know they must improve on and fast.

The hosts have lost three and drawn two of their last five outings at this level, with just two points taken from the 15 available to them in that spell. The fans who will flock to support the team this weekend is beginning to forget what it’s like to see their favourites win a match and claim three points. They are a loyal bunch, but patience is beginning to wear thin, and the players will be feeling that increased pressure from the stands. Valencia doesn’t have the worry of relegation hanging over them at present, but that could all change quickly.

They were last seen in action slipping to another gut-wrenching defeat when losing 2-1 away to Alaves. That was a game their support would have expected them to take all three points from, but they ended empty-handed, despite putting up a fight. Loum hit the net early for the victors, and despite an equaliser scored by Guedes on 62 minutes, Joselu converted a penalty on 76 minutes to put the game to bed and turn up the heat on Valencia.

Barca know they must perform

This will be the second outing of the week for Barcelona following Thursday’s Europa League match. That’s far from ideal as they battle for a top-four finish and Champions League football come September. It’s possible that they may see the Europa League as an unwanted distraction from their league efforts, and they don’t have the squad size to pull them through that they did last term. Team selection will be interesting and will let us know where the club’s priorities lie.

Barca entered the week in fourth place, clinging on to the Champions League place. They have a tough few weeks ahead if they are to hold their ground with just three points between themselves and Villarreal, who are down in seventh. This push for the top four may be something new to the Barcelona players, but it’s a fight they must win, or the club will miss out on the millions of pounds that accompanies playing in UEFA’s elite competition. There are far more than three points on the line here. Barca must show they are up for the fight.

The visitors arrive in town with three wins and two draws in their last five league games. They recorded back to back wins in the league, beating Alaves 1-0 away from home with the winning goal scored by de Jong with 87 minutes on the clock. In their two games this month, Barca have hammered Atletico Madrid 4-2 at the Camp Nou before playing out a bad-tempered 2-2 draw away to Espanyol last Sunday. Lopez scored inside two minutes, but Barcelona needed a stoppage-time goal from de Jong on 96 minutes to rescue a point.

Valencia has been poor for much of this year so far, but they are capable of pulling off the odd upset, especially when under pressure. They know every defeat sucks them closer to the danger zone. Playing Barcelona will never be easy, but Valencia holds the home advantage and will want to get at least a point from this game.

Barca has Atletico Madrid breathing down their neck in that race for a top-four finish meaning they must hold their concentration. The pressure is on in every game between now and the end of the season for Barca, but they have the players to get the job done and are good enough to claim an away win over an opponent low on confidence.

Valencia is priced at 3.54 for the win at 22bet, with Barcelona trading at 1.992 and the draw 3.7. There are also several pre-match specials, including both teams to score, handicap, total goals, total cards and more. There’s something for all types of bettors.

Make sure to bet on Valencia v Barcelona with 22Bet!