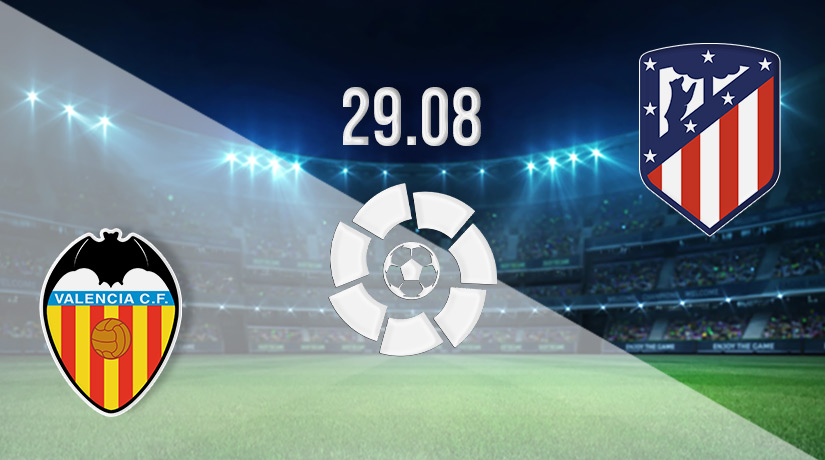 Welcome to round three of the new Spanish La Liga season, where you can expect to find several of the sport’s top teams and players battling for position in the division. The La Liga is already starting to take shape, with the likes of Villarreal, Real Madrid, Real Betis and Osasuna all getting off to a strong start, winning each of their opening two games. Cadiz is the early struggler, losing two games to sit rooted to the bottom of the league.

Atletico Madrid lost their La Liga title to city rivals Real Madrid last season, and it will be interesting to see how they return. Will they bounce back and lay down a challenge to the likes of Blancos and Barcelona, or is a top-four finish the best they can hope for this term? We will find out all in good time, but there can be no denying we’ll get a better idea of what to expect from Atletico. Valencia could be a dark horse this year, and we’ll also find out just how dangerous they can be.

These teams met twice last season in La Liga, both being memorable games, producing 11 goals. The first match of the previous campaign was also played with Valencia as the home side, and the match ended level with the pair producing a stunning 3-3 draw. The second encounter in Madrid was every bit as interesting, with Atletico Madrid winning by the odd one in a five-goal thriller back in January of this year. Both teams have scored in each of the last three renewals of this fixture, and fans want to see this game follow that trend.

Followers of Valencia entered this season with high hopes as they aimed to cheer their beloved club to victory. A European finish certainly isn’t beyond them in the coming campaign, but the club suffered mixed results in the opening two games, taking three points from a possible six. That leaves them in midtable with a solid foundation on which to launch their season, and pundits are confident there’s plenty more to come from Valencia.

The locals opened their season with a morale-boosting win when beating Girona on their only other game at this venue. It was a tough contest, with Valencia sneaking a 1-0 win thanks to a goal from Soler just before the interval, the winning goal scored from the penalty spot. Valencia then had a player sent off not long after the re-start with Comert shown a straight red on 52 minutes. Valencia clung to their advantage despite playing much of the half with 10 men.

Last time, there was no such luck when the score again finished 1-0, but Valencia lost that match to Athletic Bilbao. It was a game they had enough chances to win and spent much of the contest in possession of the football, but the team still lacked a bit of sharpness in advanced areas of the pitch. That will improve as they get more minutes in their legs, but that’s a performance the coaching staff will be keen to improve on this weekend. Will we see Valencia make a quickfire return to winning ways, making it two victories from three?

Atletico Madrid started their title challenge as they aim to capture two La Liga flags in three seasons. They have picked up half of the first six points for grabs by following an opening day win with defeat in their last start. They began the week sitting eighth in the table, level on points with three other sides that also won on week one then lost at the second time of asking. Despite not being ranked as high as fans would have hoped, Atletico is only two points off the pace set by Villarreal.

The one win on their CV was achieved away from home when scoring a deserved victory against Getafe with the scoreline reading 0-3. That was a run-of-the-mill win, and the victors didn’t need to hit top gear, which will encourage the fans to have high hopes for the year ahead. There’s more to come from this Atletico Madrid team than we have seen already. It would be no surprise to us if they were to finish in the top four, continuing their habit of making it into the Champions League, rubbing shoulders with the best of European football.

Despite that 3-0 win, Atletico Madrid was beaten at home last weekend when going down 2-0 against Villarreal. That’s a match most followers of La Liga expected them to win, especially at home, but they were blown away by a fitter and hungrier opponent who got the result they deserved. That loss threw up more questions than answers for the Madrid support, and they’ll demand something better in this return.

Here we have two teams that look evenly matched on paper, and although we can take nothing for granted in this division, we’re hoping for a close match with plenty of talking points and a fair share of goals. These sides may not win the La Liga title this term, but both are capable of pushing hard for the prize places, giving their fans something to cheer.

Followers of the form won’t be too impressed by the start made by Valencia or Atletico Madrid, but the head-to-head scores give us plenty to get hyped about. There have been an average of five goals a game scored in the last three meetings, with both on the scoresheet at least once. We must go back to November 2020 to find a game when one team didn’t register a goal.

If you are an established or new member of 22bet, you have the opportunity to place bets on our generous big match odds. Valencia is 4.38 to win, or you can back Atletico Madrid at 1.89 while the draw trades at 3.38.

Make sure to bet on Valencia v Atletico Madrid with 22Bet!