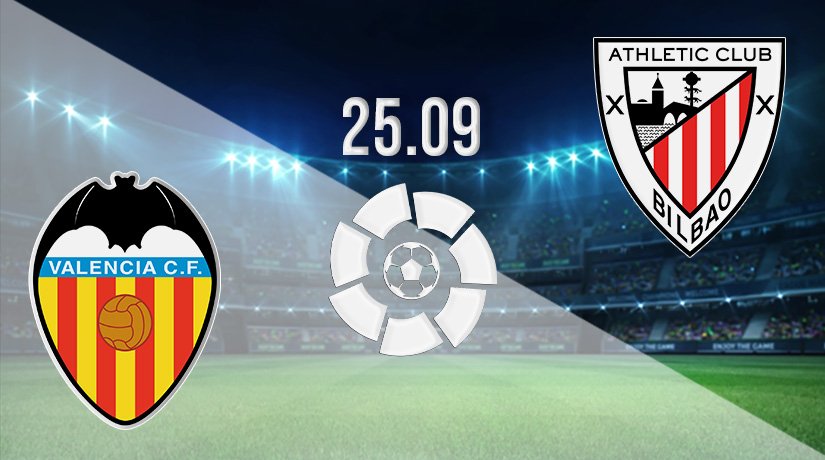 A busy week of fixtures from the Spanish La Liga continues Saturday with four games on the schedule. The match we focus on here pairs Valencia with Athletic Bilbao and this promises to be a thrilling 90 minutes for those tuning in to the live TV coverage. With both teams involved in the early battle to move into the top four and strengthen their claims on a Champions League finish this season, Saturday’s meeting will tell us much about what we can expect to see from Valencia and Bilbao this term.

It is Valencia that enjoys the home advantage and they will be cheered on by the bulk of supporters inside the stadium but they can’t afford to take Athletic Bilbao lightly. If they do, the visitors are more than good enough to leave with all three points and improve their standing in the division. There’s a lot at stake here and that will be obvious in the opening minutes as both sides aim to settle quickly and get a foothold in the match.

The stats attached to this fixture tells us to expect a competitive contest with each of the last two games involving Valencia and Athletic Bilbao resulting in a draw. The pair fought out a 2-2 at this venue last season before finishing 1-1 with Bilbao entertaining back in February. Will we see a third level finish on the bounce or can one team hold its never to win?

Valencia have caught many followers of Spanish football by surprise in the opening rounds of the season and can be found pushing hard for pole position. The home team ended last weekend sitting in third place with their stats for the campaign reading three wins and one draw against a defeat. The locals have already found the net on 10 occasions and conceded four goals. Those stats make them the division’s second highest scorers behind La Liga leaders Real Madrid who are on 15 goals.

The home team got off to a winning start when beating Getafe 1-0 in their opening game. That was a hard-fought win but one they deserved and the three points provided Valencia with strong foundations to launch their season. They followed that with a disappointing 1-1 away to Granada, a match they should have won, before beating Alaves 3-0 in their final match of August and starting September with a stunning 4-1 away win over Osasuna. The fixture list hasn’t been too harsh on Valencia but they did do what was required of them.

Despite that strong start, claiming 10 of the first 12 points up for grabs, Valencia entered this week on the back of their first defeat of the campaign. They hosted Real Madrid last Sunday and were hoping to make a game of it despite starting as the underdogs. Blancos won what was a fascinating contest, nicking the points thanks to a 2-1 score. Duro fired Valencia into the lead on 66 minutes but late goals from Junior and Benzema helped swing the tie in Real Madrid’s favour. Those goals were scored on 86 and 88 minutes.

Athletic Bilbao entered this week with a proud unbeaten record and rank as one of the division’s few remaining sides that is yet to suffer a loss. They are pushing hard for the prize places and fans will hope the team can continue their strong early form and lift themselves into the Champions League spots. A long and tough season lies ahead, but Athletic has certainly started the season well enough and has given themselves a strong base. Will they go on to trouble the teams above, or will we see Bilbao fall off the pace and drop down the pecking order towards midtable? La Liga fans can’t wait to find out.

Bilbao won two and drew three of their opening five games, giving them a tally of nine points, just four short of La Liga leaders and pre-season favourites Real Madrid. The coaching team are intent on making Bilbao difficult to beat, and although they won’t rank as one of the division’s most exciting teams, they will be an effective team capable of holding their own against the best in the country. Their form lines in that start read draw, draw, win, win, draw.

The visitors secured back to back wins over Celta Vigo and Mallorca, which pushed them up the ladder but were held to a goalless finish in Madrid last weekend by the champions. It was a match Atletico were expected to win and by a few goals, but Bilbao refused to follow the script, keeping things tight and frustrating their hosts. The clean sheet and share of the points away to the La Liga champions would have felt like a win for many Bilbao fans.

Valencia enjoys the home advantage and is a confident team following that strong start to the season. Fans will want to see them continue their winning ways, and there are no doubts Valencia are good enough to do that. They are strong in defence and boast one of the best attacks in the league at present. That should make this a thrilling contest.

Athletic Bilbao may be the away team, but that didn’t deter them in Madrid, and they will be out to cause another upset and take at least a point from this game. If they stopped the champions from scoring, they could stop Valencia from finding the net. This could turn into a case of Valencia’s exciting attack vs Athletic Bilbao’s disciplined defence.

22bet members will find pre-match betting odds available on this one, with Valencia, chalked up at 2.488 while Athletic Bilbao can be backed at 2.904. The draw is 3.26.

In addition to the match winner betting, there are also several pre-game specials before the betting turns to in-play, and you can wager throughout the 90 minutes.

Make sure to bet on Valencia v Athletic Bilbao with 22Bet!