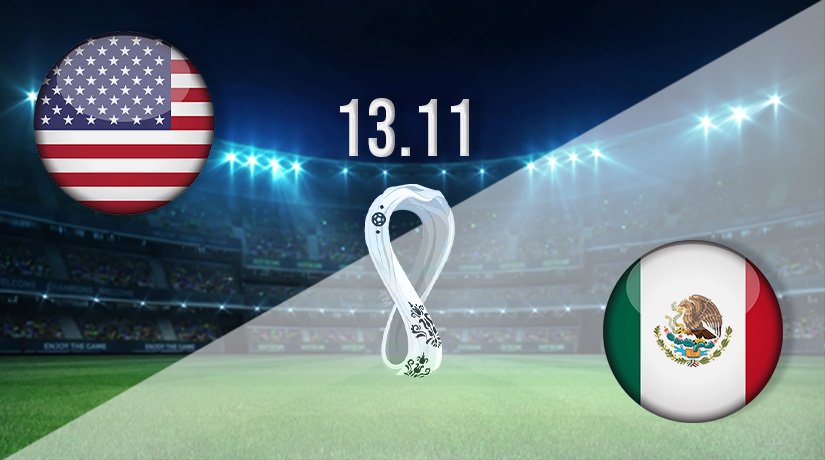 Two of the leading chances to reach Qatar meet in a huge World Cup qualifier on Friday evening, as USA play host to Mexico. These two sides are in the top two positions as we get to the half way stage.

Mexico are one of just two nations that are yet to lose a game at this stage of qualifying, as they have won four of the six games that they have played. They sit in the automatic spaces by six points, and will be looking to press ahead with their hopes of reaching the World Cup with strong form in their last eight games. Mexico won their last qualifier against El Salvador, as they beat their rivals 2-0 in October. Raul Jimenez and Hector Moreno scored goals in the win.

The USA may still be looking over their shoulders, as their place in the automatic spots is far from assured. They have picked up eleven points, and sit just one clear of Canada, who are directly below them in the standings at present.

The US tasted defeat for the first time in qualifying in the last international break, as they were beaten by Panama. However, they bounced back from that shock defeat with a 2-1 success in the States against Costa Rica. Sergino Dest scored for the Americans in that win, while a late own goal gave them all three points.

USA vs Mexico Head to Head

Mexico have won more games against the USA in the overall record, as they have won 38 times, while the Americans have won on 22 occasions. However, the US have dominated the recent meetings between the nations, as they have won both matches this calendar year. Their most recent win was a 1-0 success in the Gold Cup.

Tensions will be high for this fixture on Friday night, and it could go either way. However, there have been clear problems for the US in their last two games, and we could see Mexico take full advantage with a famous win on American soil this weekend.

Make sure to bet on USA vs Mexico with 22Bet!