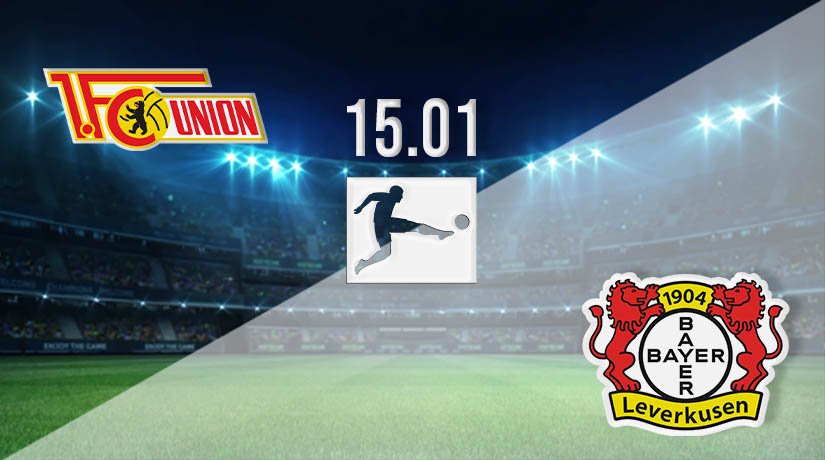 Friday night football comes from the German Bundesliga where FC Union Berlin play host to Bayer Leverkusen in a match scheduled for a 19:30 GMT kick-off. You can follow all the action live on television and with both sides enjoying a strong run of form that has propelled them into contention for a European finish this season, an entertaining 90 minutes is expected.

When flicking through the stats associated with this match, we notice these teams have met only five times before in competitive action with Leverkusen carrying a 100% record of three cup wins and two league victories. The most recent game ended in a 3-1 victory with the goals that day scored by Bellarabi, Aranguiz and Dibay after Ingvartsen had fired Union into a shock lead. Lenz was sent off for the beaten team that day, sparking the Bayer fightback.

Union Berlin are proving to be one of the surprise packages of the Bundesliga season and after being written off by many pundits back in the summer they are holding their own and competing at the right end of the table. The home team have driven themselves into contention for a European finish and although a top-four and Champions League spot may be a big ask there’s no reason why they can’t dream of a Europa League slot.

Berlin enjoyed an extended unbeaten run of form consisting of three draws and two wins with back-to-back victories in that spell. They caught the eye when recording a deserved 2-0 away to Werder Bremen in their first outing of the year and followed that with a battling 2-2 at home to Wolfsburg on Saturday. Goals from Becker and Andrich matches strikes from Steffen and Weghorst, the latter coming from the penalty spot on 65 minutes.

Bayer Leverkusen are a team we are used to seeing mixing it in the top-four and holding chances of challenging for the Bundesliga title, especially at this time of year. This season is no different and the visitors arrive in Berlin in the prize places and within touching distance of the leaders. Despite their lofty position in Bundesliga, Bayer Leverkusen have been poor of late.

The away team failed to win three games on the bounce when following two defeats with a draw. They went down at home to Bayern Munich in their final game of 2020 and lost the opening match of this year when ending 1-2 at Eintracht Frankfurt. That losing run ended with a 1-1 home draw against Werder Bremen on Saturday.

The home team may be lower in the league table, but they boast the better recent form and take confidence from that. Bayer Leverkusen remain title challengers, but a miserable winless run hasn’t helped their chances of worrying Bayern Munich.

Make sure to bet on Union Berlin vs Bayer Leverkusen with 22Bet!