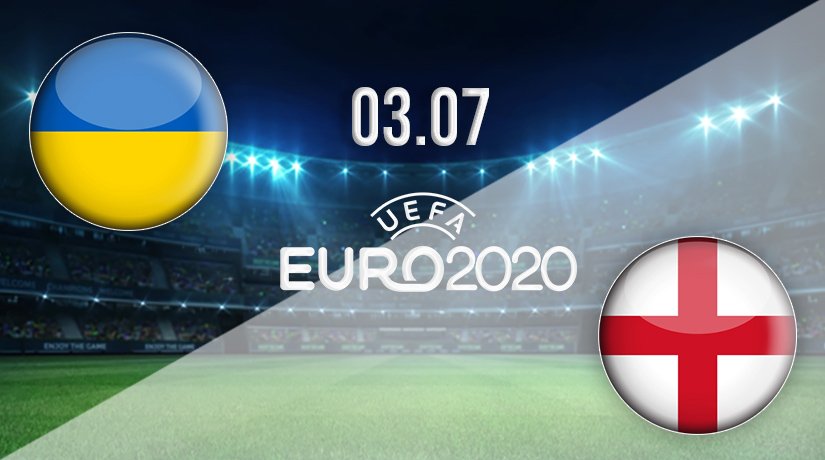 The final match from the quarters will kick off at 20:00 GMT on Saturday and be shown live on television to a bumper audience. With the semi-finals and the final scheduled to be played at Wembley Stadium in London, Team England know they’ll have the home advantage if they can get through this match. To achieve that, they must defeat an organised and determined Ukrainian side who have their own ambitions of making it to the last four.

England and Ukraine have met seven times in the past, and the head-to-head stats favour Gareth Southgate’s team, who have four wins, with Ukraine bagging just one victory to date and the spare two games ending in a draw. Will this match follow the form and end in another victory for England, or will this Ukrainian side stand up and deliver when it matters most? Followers of the beautiful game can’t wait to find out.

When taking a closer look at the stats, we note each of the last two games involving Ukraine and England has ended in a draw. The most recent was a goalless finish at the World Cup in 2013. There has been no more than one goal between the pair in any of their last five games, a run that stretches back to 2004. Will we see another competitive contest on Saturday evening?

Ukraine snuck through the groups

Ukraine came through Group C but qualified for the competition’s knockout rounds as one of the best third-place finishers. They ended in a pool behind the Netherlands and Austria, two nations that have already been eliminated from the tournament. The Ukrainians returned stats of one win against two defeats with four goals scored and five conceded. The three points gained left them six points off the pace set by Oranje and three behind Austria. The performances in the group stages didn’t inspire many supporters to predict they would make it much further in the competition.

They opened their campaign with a 3-2 defeat to the Netherlands in what was a thrilling contest. The victors raced into a two-goal lead, but Ukraine refused to roll over and battled back, bringing the game level at 2-2. However, there was a late twist in the tale with the Netherlands grabbing a winner from Dumfries with 85 minutes on the clock. Ukraine built on that performance with a win over North Macedonia on matchday two, grabbing the three points thanks to a 2-1 score. They then rounded off the group stages with a second defeat, losing 1-0 against Austria.

Progressing to the Round of 16, Ukraine upset the odds to defeat Sweden 2-1, but they needed extra time to do it. They took the lead on 27 minutes thanks to an opening goal from Zinchenko, but that lead was cancelled by Forsberg, who netted for the Swedes just before halftime. The game ended 1-1 at full time, meaning we entered extra time. With the game heading for penalties, it was Ukraine who struck late to win it, Dovbyk scoring with almost the last kick of the ball.

England picked by many pundits

England was dropped into Group D, where they were favourites to progress as winners of the pool, with many supporters expecting them to achieve that with a maximum of nine points on the board. Many respected pundits had England picked as the favourites to win Euro 2020 and end their wait to become champions of Europe. With each of their first three group games played at Wembley Stadium in London as well as the semi-finals and final, it looks like the Three Lions have never had a better chance. Will the players stand up and deliver, giving fans the success they crave?

Gareth Southgate’s team did as expected in the group stages, winning their pool, but they didn’t come through with the 100% record fans had hoped for. They opened with a 1-0 win over Croatia, with Raheem Sterling scoring the goal that mattered on matchday one. England then slipped to a goalless draw at home against the Auld Enemy when ending level with Scotland at Wembley on matchday two. They rounded off the group stages with another 1-0 win over the Czech Republic on matchday three, with Sterling again the man that mattered.

Drawn with Germany in the Round of 16, it was a mammoth task for the English, but they enjoyed home advantage and made it count again. England settled an old score with their rival, winning 2-0 at Wembley thanks to goals from Sterling and Harry Kane. The latter was the pre-tournament favourite to win the Golden Boot but had to wait for his fourth match to get off the mark. He did score an important goal, one that sunk the Germans and sent the English through to the next round.

Both teams have followed different paths to get to this stage, and there can be no doubt England have been the more impressive so far, but Ukraine is here on merit. They may be the underdogs, but they will hold no fear entering this game and will see this for what it is, one match that stands between them and a place in the semis. Ukraine will take heart from the many other upsets Euro 2020 has already produced.

England is within touching distance of the last four, where they’ll enjoy home advantage for the semis and the final. They have done everything asked of them so far, and it’s obvious there’s more to come from the Three Lions at this competition. They haven’t conceded a goal yet but haven’t scored more than two goals in a game yet. There’s all to play for here.

The pre-match betting odds available at 22bet on this match has Ukraine priced at 8.8 for the win with England trading at 1.39 while the draw is 4.56.

22bet members have access to over 100 pre-match betting markets, including both teams to score, first goalscorer, total goals, handicap and more.

Want to wager on other betting markets, such as BTTS, Handicap or Total Score? Make sure to bet on Ukraine v England with 22Bet!