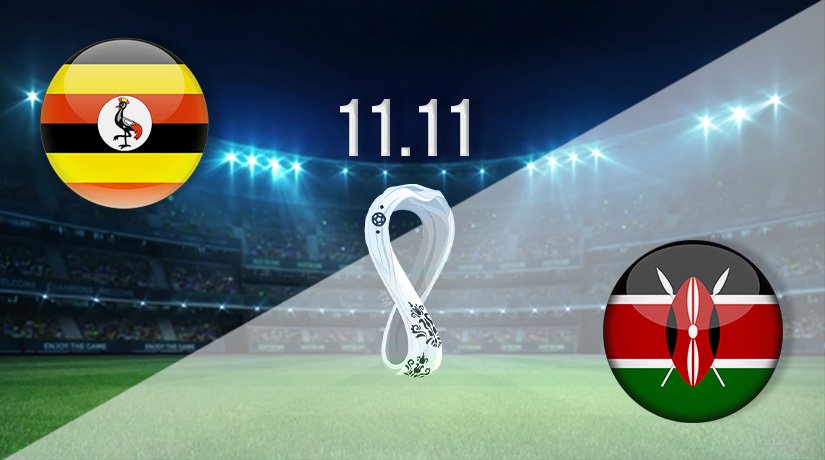 The top leagues across planet football make way for the return of the World Cup qualifiers and as we head into a crucial stage of the campaign, tensions are running high. Thursday brings a busy evening of fixtures from World Cup Qualifying – African with eight games on the schedule. One of the standout fixtures pairs Uganda and Kenya, which is set for a 13:00 GMT kick-off. This match will be shown to a global audience live on television, and viewers are in for a treat as both sides fancy their chances of collecting all three points.

The home team remain in the hunt for pole position in their pool. Still, they know a victory is required if they are to keep the pressure on current leaders Mali who are unbeaten after four games and expected to add another win to their tally when playing bottom club Rwanda. The basement boys have lost each of their last two. Uganda knows three points is a must, but they’ll be made to work hard for the result by an opponent still clinging on to hopes of making it into the top two.

These teams have met nine times in competitive action, but eight of those games have ended in a draw. That is quite a remarkable stat and sure to catch the attention of football fans who love to follow the trends when making their predictions. A draw won’t do Uganda much good in their pursuit of the top spot, but they do hold a win over Kenya, beating them 2-1 back in 2012 in a friendly match. A win of any description will help keep their dreams alive.

Uganda are unbeaten so far

Uganda has gone through their opening four games of the group unbeaten with their form so far, reading two wins and two draws. The eight points claimed from a possible dozen places them two behind current leaders Mali with time to overthrow their rivals. The locals have scored only two games in those four matches but have yet to concede. They have a fantastic defence, but that shot-shy attack could end up costing them pole position or even a place in the playoffs if they aren’t able to improve. Everyone connected to Team Uganda knows what is required – they must find their scoring boots, and there’s pressure on the attack as the defence are doing their job.

They got off to a good start when drawing each of their first two group matches and won their last two games, ending 1-0 in each. Those were matches they were expected to win with four points, the minimum fans had predicted. Fans will be delighted the team lived up to expectations and kept their dreams alive. A win here would help keep their campaign on track, but they face a match they simply have to take three points from if they are to challenge for the top spot.

Most followers of football at this level, including respected pundits, will have picked a home win here, and there’s no doubt the Ugandans enter this challenge with confidence. Their defence remains intact after four games. They have won each of their last two matches and are up against an opponent without a win on the board, having lost their two most recent outings. They are in the driving seat here, but Uganda can’t afford to take their opponents lightly. They must continue their form if they are to get the win.

Kenya remain without a win

Things couldn’t have gone any worse for Kenya in this group and they are already staring at an early exit. They aren’t a team any football fans associate with involvement in the World Cup and unless they improve their results, starting this week against Uganda, they will be out of the running at the earliest opportunity. A big performance is needed here if they are to score their first win over Uganda and get their first three points on the board. Even a win may not be enough to save their skin as the home team are already six points better off.

Team Kenya arrive for this match with their form for the campaign showing two draws against two defeats from four games, scoring only one goal but already conceding seven. Those stats do little to inspire confidence in an away win with the attack as shot-shy as the defence is fragile. The numbers are against them but Kenya will see this as a one-off match – a final chance to save their season.

They finished level in each of their first two games, giving themselves a solid foundation on which to launch their campaign but failed to build on that. With two points claimed from the first six available, Kenya went on to lose their next two and are in danger of suffering an unwanted hattrick of defeats. They know a draw would be an improvement but it would also spell the end of the road for them in this World Cup qualification campaign. This is all or nothing and the players know it.

If taking this match simply on the stats and the form of both teams it’s clear Uganda are the better of the two and the most likely to win but football games aren’t won and lost on the stats sheet. Both teams know they must take maximum points here for different reasons. Uganda need a win and a favour elsewhere to keep alive theri chances of topping the group while Kenya need a win to stay in the hunt and have any chance of catching their hosts.

This should be a nervy contest with both teams knowing the value of scoring the first goal but also aware of the damage conceding would do. The opening goal will be crucial and the fact eight of the last nine matches involving these teams have ended in a draw will be playing on the mind of both managers.

The pre-match betting odds available at 22bet has Uganda priced at 1.7 for the win with Kenya available at 5.2 and the draw 3.38.

Make sure to bet on Uganda v Kenya with 22Bet!