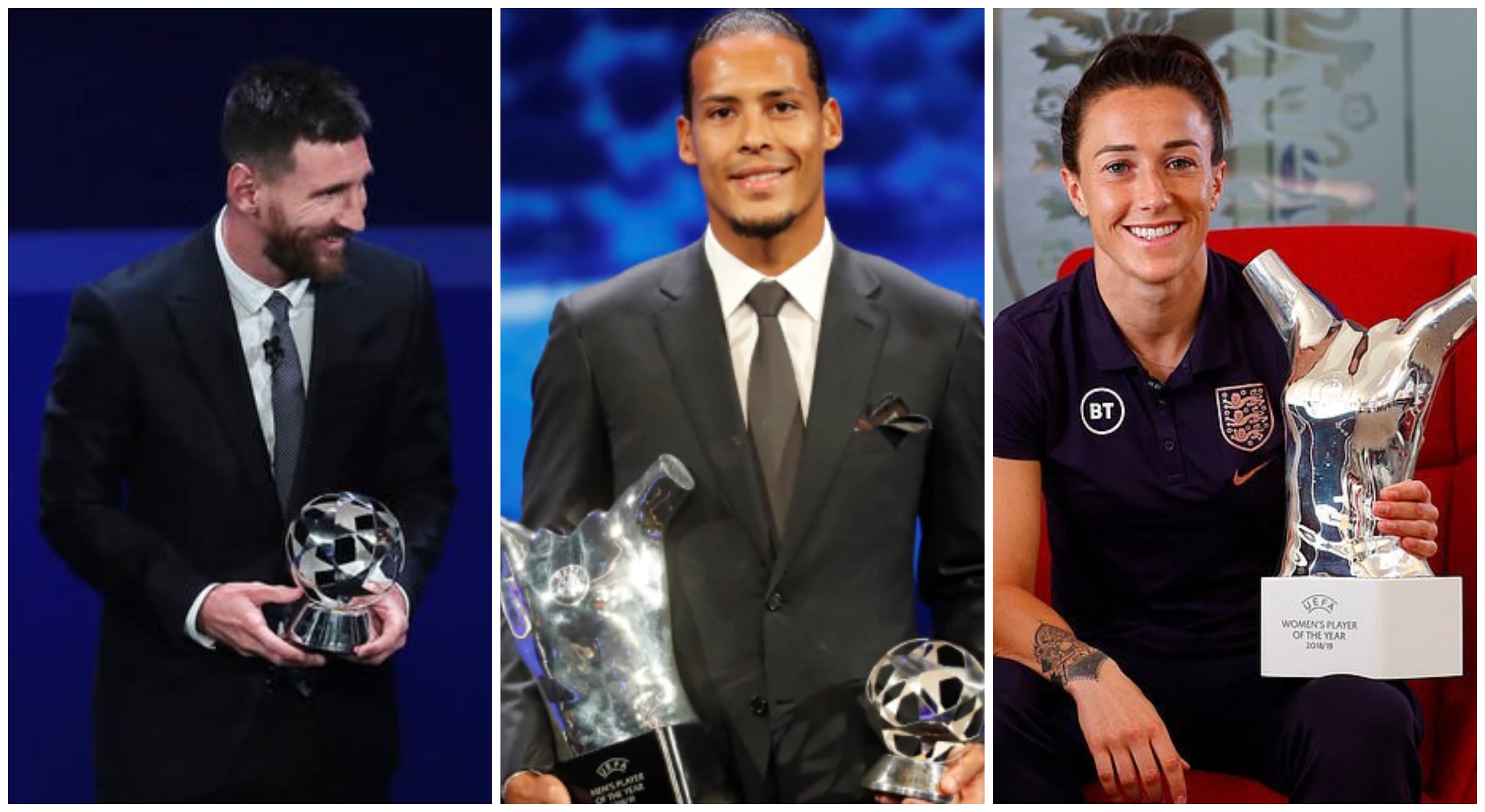 The Champions League 2019/20 group stage draw has finally been made, and in between picking out teams for the respective pots, UEFA handed out their end of season awards which recognizes players for their efforts in last season’s competition, as well as acknowledging international performances. But, which players picked up the major honors?

One of the most notable signings of the Jurgen Klopp era at Liverpool came in 2018 when he brought Alisson Becker to the club from AS Roma shortly after the Reds had been beaten by Real Madrid in the Champions League final. The signing was one of the most astute bits of business done at the club and immediately improved a problem area. Alisson ensured defensive quality and helped the club complete a best-ever season in terms of goals conceded. The Brazilian was a fundamental reason why they were able to win the Champions League.

The Dutch defender won the prestigious honor of the evening as he was awarded the player of the season accolade over the likes of Lionel Messi and Cristiano Ronaldo. Van Dijk enjoyed an excellent season with the Reds as they won the Champions League and achieved a Premier League-best points tally for the club. His defensive ability and coolness in the tensest situations mean that he is by far the best defender on the planet. He scored two goals in 12 appearances in the Champions League last season.

One of the stories of the season last year in the Champions League was Ajax and their run to the semi-finals. The Dutch champions caught the imagination of Europe as they beat Juventus and Real Madrid before being beaten by Tottenham Hotspur. De Jong’s ability in the middle of the park was a fundamental reason why they were able to achieve what they did, and the Dutchman was rewarded with a move to Barcelona at the end of the season.

What can be said about the Argentine that hasn’t been said before? Messi once again enjoyed a fantastic season as he scored 12 goals for Barcelona in ten appearances. However, his efforts were in vain as Barcelona were knocked out at the semi-final stage against Liverpool. But, his performance in the Nou Camp in the first leg was one of the best performances ever seen in the Champions League.

England’s Lucy Bronze won the women’s accolade. It was a shock winner for the Lioness to cap an unbelievable year for Bronze, as she won the Women’s Champions League for the second consecutive season as well as the French domestic title. Over the summer, she was also one of the best players during the World Cup and played an integral role as England finished fourth.