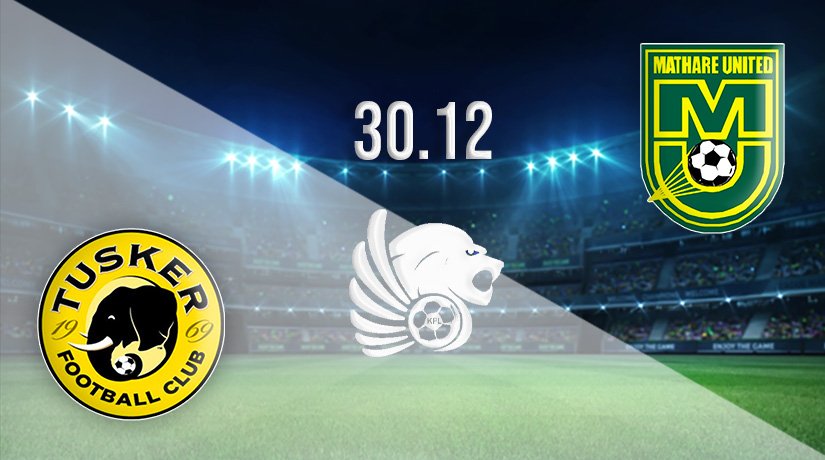 After losing 1-0 to the KPL leaders Kakamega Homeboyz last Thursday, Tusker will turn their attention to the match against Mathare United this Thursday at 13:00 GMT.

Can Tusker Climb into the Top Half of the Table?

The 2007 KPL champions have had a below average campaign so far this season. Robert Matano’s side are languishing in 12th, 4 points above the drop zone, and 14 points behind league leaders Kakamega Homeboyz.

Tusker will be hoping to win the match against bottom-three side Mathare United and get the precious three points.

Can Mathare United Find the Consistency They Need to Beat The Drop?

Mathare United, the 2008 KPL Champions, are teetering dangerously on the edge of relegation. Kimanzi’s side are just a point above Nzoia Sugar and a defeat against Tusker could see them drop into the relegation zone outright.

Mathare need to find consistency and start winning matches to stand a chance of escaping the drop this season.

Given their horrible winless run in their last five outings, Kimanzi needs to find solutions fast.

Tusker have only won one match in their last five KPL outings. Robert Matano’s men have also managed 2 draws and 2 defeats in this run.

Tusker have scored 1 and conceded 2 goals in the last five rounds of fixtures. This run highlights Tusker’s challenge this season, they cannot score goals.

Matano’s team have kept three clean sheets in the last fixtures, which indicates that their problem is in the attacking end.

Mathare United have had one of the worst runs in the Kenyan league in the last five rounds of fixtures.

Francis Kimanzi’s side have lost four and drawn one in their last outings in the league. In this run, they have conceded 11 goals and scored only three.

Mathare have not kept a clean sheet in the run of five matches, whereas they have managed only 3 goals, which crystallizes their challenge in the league this season as they languish just 1 point above the drop zone.

In the 20 matches that Tusker and Mathare United have met, Tusker has won 6 and Mathare has triumphed in 5 with 9 draws between them.

Tusker have had 3 wins at home and 3 away, whereas Mathare United have won 4 at home and 1 away.

In their last 5 meetings, 3 have ended in stalemates, and each team has won 1 match. In this run of 5 matches, Tusker and Mathare United have both scored 4 goals.

Robert Matano will have his full squad available for selection in the match-up against Mathare United.

This will come as a boost as he seeks to engineer his side’s surge up the table from 12th position.

Francis Kimanzi has the unenviable responsibility of ensuring Mathare United beat the drop.

In the match against 2007 champions, Tusker, Kimanzi will have the full squad available for selection in this match.

Tusker needs to improve their midfield play to give their strikers a better platform to hurt opponents and provide protection to their defenders.

Zakayo provides box-to-box energy and drive that is central to Tusker’s successes this season. His promise indicates that if Tusker are to gain consistency, he will be the driving force behind their surge up the table.

He will be crucial for the match against Mathare United.

The young attacker will be crucial for Mathare United as they seek to slog it out against Tusker for three precious points.

Avoiding the drop will require Mathare’s strikers to start scoring goals. Mwangi will be crucial in using his youthful energy, dynamism, and innovative play to drag Kimanzi’s side from the relegation fight and to safety.

Mathare United are winless in the last 5 matches and are devoid of confidence that is crucial in winning matches. Although Tusker are not exactly flying, they have shown the fight and determination needed to win matches. Tusker will be highly favored to scoop the three points.

Make sure to bet on Tusker vs Mathare United with 22Bet!