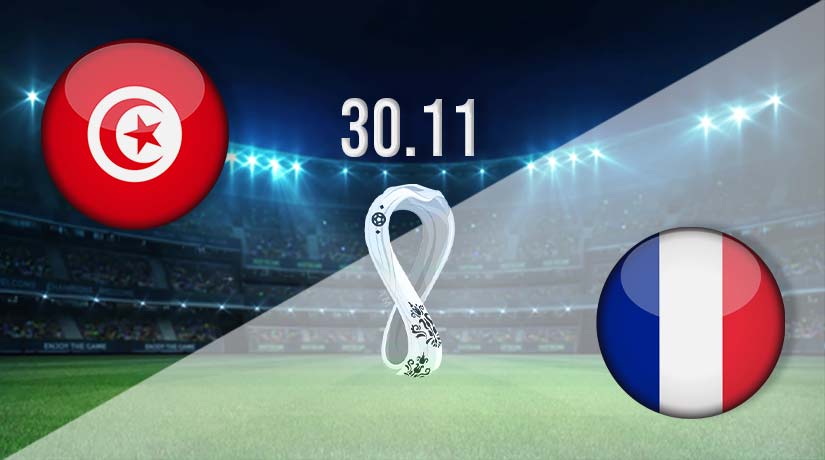 World champions France are looking extremely good value to put up a strong defence of their title in Qatar, as they have seamlessly made it through Group D with a game to spare. France close their group campaign against Tunisia, who could yet qualify with a victory.

Many were very quick to write off France’s chances of winning the World Cup for a second straight edition before the competition got underway. However, many will be rethinking that stance as the French have made a very strong start to the group stages in Qatar. The reigning world champions wasted little time in showing their attacking quality in their opening fixture, as they picked up a thumping 4-1 win against Australia.

They were made to work much harder in their second fixture, as they just about edged to a 2-1 win against Denmark. The man for the big moment was once again Kylian Mbappe, who scored both goals in the victory, with his second effort being scored four minutes from time. However, the French could make a number of changes for this final group stage game with their progression already assured.

If you would have told Tunisia that they would go into their final game with a chance of qualification still available, then they probably would have taken it. The African nation could reach the next stage with a victory, but they will need to win by a decent margin and hope that the other fixture in Group D ends in a draw.

Tunisia are yet to pick up a victory at the World Cup this year, as they have played out a defeat and a draw in their opening two fixtures. However, their big opportunity for a victory may have passed them by, as they were beaten 1-0 by Australia in their last fixture. But, the changes made to the French team could give them an unlikely chance.

Tunisia vs France Head to Head

France has never lost in four previous fixtures against Tunisia. During that run, they have picked up two wins and two draws. The most recent fixture between the nations was played in May 2010, with a 1-1 draw being played out.

It hasn’t been for the lack of trying for Tunisia at this World Cup, as they have struck 27 shots already in two games. However, this could be another heart-breaking departure at the group stage. Despite the French making a number of changes, we still expect the world champions to maintain their momentum.

Make sure to bet on Tunisia vs France with 22Bet!