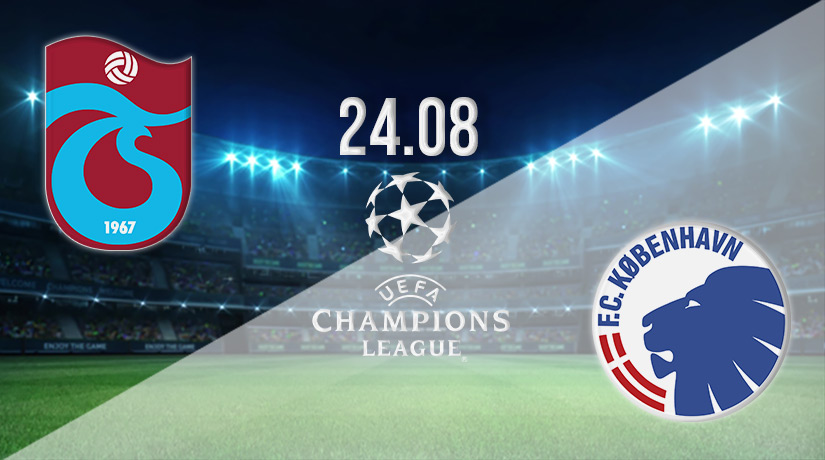 Trabzonspor will be looking to play their way back into their Champions League playoff tie on Wednesday, as they look to overturn the 2-1 defeat they suffered in the first leg against Copenhagen. Both sides will be confident ahead of the second leg, but which team will be playing in the Champions League group stages this season?

Turkish giants Trabzonspor will have home advantage for the crucial second leg in the Champions League playoff round against Copenhagen. Their home form has already proven to be strong this season, as they have won the only fixture that they have played in front of their home fans. However, they were handed a big defeat in their last domestic fixture, as they lost 5-2 on the road against Antalyaspor over the weekend.

That was only the second defeat that they have suffered in all competitions this season, with the other loss coming in the first leg against Copenhagen. Copenhagen looked to be heading for a very commanding win in the first leg last week, as they were 2-0 up after 50 minutes. Their opening goal was scored by Viktor Claesson after nine minutes, before Lukas Lerager doubled the advantage early in the second half.

However, the tie-changing moment could have come with just over ten minutes remaining, as Anastasios Bakasetas handed the Turkish side a lifeline with an important goal.

Just a one-goal win for the home side would see the tie head into extra time, but they will likely need to be more assertive with their possession in the second leg, as they registered just three shots on goal in the first leg, despite having 64% of the possession. Copenhagen’s defence will be put to the test in the second leg, but they will feel confident that they could surprise the Turkish side on the counter-attack.

Trabzonspor vs Copenhagen Head to Head

This will only be the second time that these two sides have clashed. The previous meeting was won by Copenhagen last week. Trabzonspor has only beaten Danish opposition on one occasion in five attempts, losing on three occasions.

While Trabzonspor are still in the tie, they will need to raise their performance level based on their showing last week. However, we can see Copenhagen progressing in this tie, as they have a resilient defensive record, which means that a 0-0 draw could be a likely outcome.

Make sure to bet on Trabzonspor vs Copenhagen  with 22Bet!