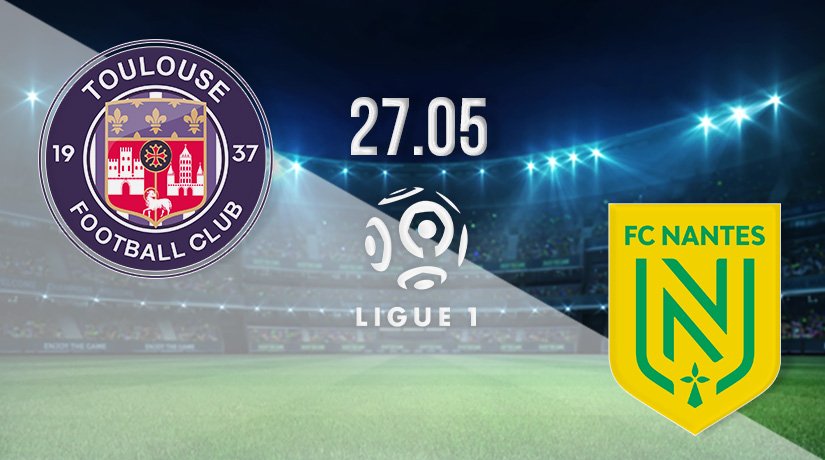 The Ligue 1 season may be over, but two games remain to decide the future of two famous clubs in France. Toulouse and Nanes face off in the Ligue 1 play-off over two legs, with Toulouse enjoying home advantage for the opening game on Thursday from 19:45 GMT. Will they make it count, or can Nantes pile the pressure on their opponents and ensure the tie remains competitive heading into Sunday’s return? Football fans will find out.

Both teams have given fans reason to cheer this season, but both know it will all be for nothing if they cannot drag themselves across the finish line. This is a season-defining match that decides which league the clubs will be involved in next season and the transfer budget available to the bosses in the summer window.

Toulouse best of the rest

Toulouse was one of the favourites back in the preseason to win this league and regain their position in Ligue 1. They made a strong attempt to break into the automatic promotion places but could manage no higher than third place, making them the best of the rest. Their stats for the campaign read 20 wins against ten draws and eight defeats with 71 goals scored and 42 conceded.

The locals finished the season one win behind Clermont Foot, who finished in second place and will be playing in the top division next season, rubbing shoulders with the likes of PSG, Lille and Lyon. Toulouse went painfully close to grabbing the runners up spot but must now forget that and concentrate on the task at hand. To give themselves the best chance, they must win this game.

Nantes suffer a painful end to the season

Nantes finished third from the bottom of the Ligue 1 table and in the relegation zone. But they have a chance to save their skin by beating off the interest of Toulouse and safeguarding their position in the division for another season. The visiting team knows they must take full advantage of this second chance and can’t afford to dwell on the mistakes made during the regular season.

Despite winning four of their last five games, Nantes lost their final match when victory was needed to move above Brest and into 17th. It was a gallant effort but one that ended in failure. If they can pick up where they left off, Nantes will believe they are good enough to defeat Toulouse over two legs.

Toulouse enjoys the home advantage but must make it count if they are to gain promotion. They can’t afford a home defeat, knowing they have to go to Nantes and win at the weekend. The visitors will aim to keep things as competitive as possible. If they can score an away goal or get a draw, it will put them in the driving season.

Make sure to bet on Toulouse vs Nantes with 22Bet!