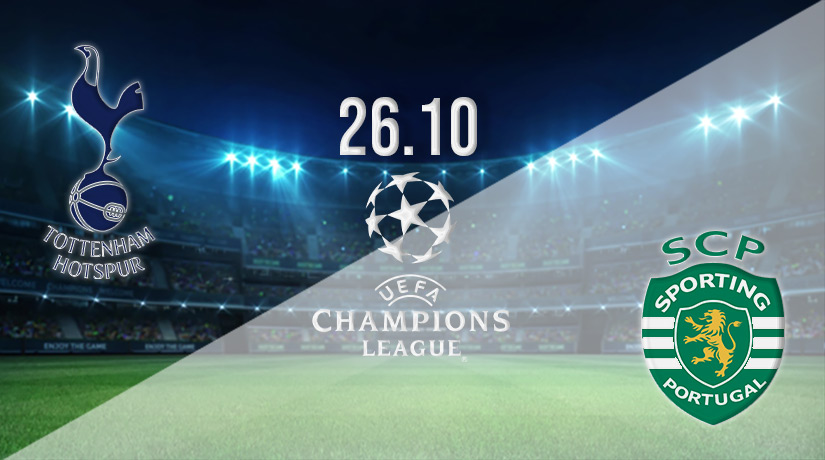 Tottenham will be looking to shore up their position in Group D when they host Sporting at the Tottenham Hotspur Stadium on Wednesday at 20:00 GMT for the penultimate fixture in the group, as both teams seek to bolster their chances of qualifying from the group with just two matches remaining.

Can Tottenham Arrest their Poor Domestic Form with a Win on Wednesday?

After two straight defeats in the Premier League, Antonio Conte and his charges will be looking to gain some motivation and form when they host Sporting on Wednesday.

Conte will have his side to play with intensity and energy against a team that is expected to be dynamic and pose a tough challenge.

Tottenham will also focus on being disciplined against a Sporting side that poses a massive attacking threat. They will look to be compact, eliminate spaces behind their defence, and work to counter-press to limit the risk of transitions.

Can Sporting Repeat the Trick of Beating Tottenham in London?

Sporting will look to bounce back to winning ways in the Champions League after two consecutive losses in Group D.

Rúben Amorim will look to revive his side’s form after consecutive losses in their doubleheader against Marseille. After winning their opening two matches, including the 2-0 victory of Tottenham on matchday 2, Sporting need to win to bolster their chances of qualifying from Group D.

The focus for Amorim will be on bolstering the performance levels of his side to achieve a dynamic tempo and a high-pressing display that will put pressure on Tottenham.

Although they are holding on to their top-four status, Tottenham have lost three times in their last five outings in the Premier League. This run includes two consecutive losses in the league against Manchester United in midweek and Newcastle United at the weekend.

Group D, Tottenham have won twice in their four outings; they have also lost once and drawn once. They have collected 7 points and currently lead the group by a point.

Conte’s charges have scored five times while conceding 4 goals in the four outings. Tottenham will need to achieve an effective defence and attack balance to bolster their chances of beating Sporting on Wednesday.

Sporting have won twice and lost twice in Group D. They currently have six points and are sitting third in the group, level on points with second-placed Marseille. They have scored six times and conceded six goals in the process.

In the Primeira Liga, Sporting have won six times, drawn once, and lost three times in their opening ten fixtures. With 21 goals scored and 13 conceded, Sporting have collected 19 points in the league and they sit 4th on the log, 9 points behind league leaders Benfica.

Amorim and his charges will look to step up their form when they face Tottenham as they look to bounce back to winning ways in Group D.

The talisman will be important for Tottenham as they look to regain their winning touch and play themselves back into good form.

Kane will be the creative force for Tottenham against Sporting on Wednesday.

The 24-year-old Portugal international has been an important part of Amorim’s team this season with 6 goals in 10 Primeira Liga appearances. Goncalves also has three assists to his name this season.

His goal involvements highlight his importance as a creative force for Sporting so far this season. He will be central to Sporting’s approach to the game and will pose an attacking threat to the Tottenham backline.

Tottenham will seek to be pragmatic in their approach. Although winning is important, Antonio Conte will expect his side to be disciplined and defensively compact throughout.

Sporting will look to get on top of Tottenham and dictate the match through possession and progressive passing.

Tottenham are favourites to win the match and take all three points.

Make sure to bet on Sevilla vs Copenhagen with 22Bet!