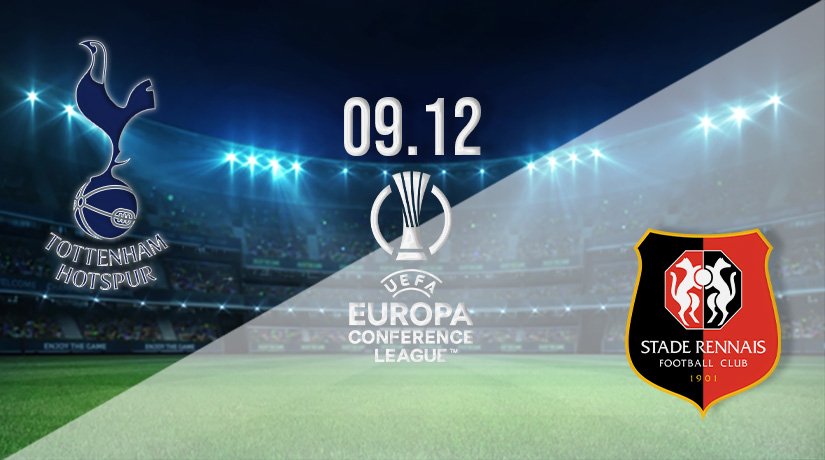 After the shocking and embarrassing 2-1 loss to Mura last time out in the Europa Conference League, Tottenham will host Group G leaders at the Tottenham Hotspur Stadium on Thursday at 21:00 GMT with qualification into the next rounds of the tournament at stake.

Can Tottenham Seal Qualification into the Knockout Rounds?

Antonio Conte’s men are second in Group G courtesy of a superior head-to-head over Vitesse Arnhem; both teams are on 7 points from 5 rounds of fixtures.

This means that Tottenham can book qualification with victory over Rennes, even if Vitesse beat NS Mura in their last match.

However, if Spurs were to lose, they would only qualify if Vitesse loses. This sets the stage for the match against Rennes to be very important for Antonio Conte’s chance of winning a trophy this season.

Can Rennes Maintain Their Unbeaten Record in Group G?

Rennes have already qualified as group winners because their 11 points cannot be assailed by either Tottenham or Vitesse, both on 7 points.

Bruno Génésio’s men have a proud unbeaten record in Group G after five matches they would like to hold on to at the Tottenham Hotspur Stadium on Thursday. The Ligue 1 side was held to a 2-2 draw by Tottenham in their first fixture in the Europa Conference League.

Bruno Génésio would like Rennes to wrap up the group stage in style by making a statement against a top-six side from the English Premier League and keeping the unbeaten record intact.

Antonio Conte’s men have won two, drawn one, and lost two matches in the English Premier League over the last five rounds of fixtures.

Since the appointment of Antonio Conte as manager, Spurs have won two and drawn one.

Tottenham’s Europa Conference League form has been a stop-start; they have collected two wins, one draw, and two defeats.

In League 1, Rennes hold the third-best form over the last, behind Brest and Paris St Germain. Génésio’s men have collected 13 points out of the available 18, behind Brest (18 points) and PSG (14 points).

In this run, Rennes have won four, drawn one, and lost one against Lille.

Rennes have had three wins, and two draws in their Europa Conference League run, with no defeats.

Antonio Conte will be without center-back Christian Romero. The 23-year-old Argentine has been sidelined with a hamstring injury since November 17th. Central midfielder Giovani Lo Celso will also miss the clash with Rennes with a knee injury.

Emerson Royal is also a doubt for the Rennes fixture with an unknown injury.

Bruno Génésio will be without Jeremy Gelin. The 24-year-old center-back is sidelined with a ruptured cruciate ligament and has already missed 24 matches this term.

Besides Gelin, Génésio will have a full complement from which to select his starting 11 against Tottenham on Thursday.

As Harry Kane’s form has dipped this season, Tottenham have needed a constant threat up front and a source of goals, step forward Son Heung-min.

The 29-year-old South Korean is Spurs’ top scorer with 7 goals and 3 assists in 18 appearances this season.

His importance was underlined again as he helped Antonio Conte to three points in the 2-0 win against Brentford.

He will be crucial for Spurs’ hopes of qualifying to the tournament’s knockout stages.

The 24-year-old Martin Terrier plays as a second striker for Rennes to devastating effect. He links midfield with the attack while providing support to the striker Laborde

In Rennes’ last outing against Saint-Étienne, Terrier grabbed a hat trick and helped his team to a comfortable 5-0 win away from home.

If Rennes are to stand a chance against Tottenham, Martin Terrier will have to be in inspired form to hurt Antonio Conte’s rearguard.

Tottenham will look to play a cautious and solid match, emphasizing denying Rennes any chances behind their defense. Expect Rennes to take the initiative to seek to break down Spurs with quick passing and possession.

With Antonio Conte tightening the Tottenham defense, they will be the favorites to inflict Rennes’ first defeat in Europe this season and take all three points.

Make sure to bet on Tottenham vs Rennes with 22Bet!