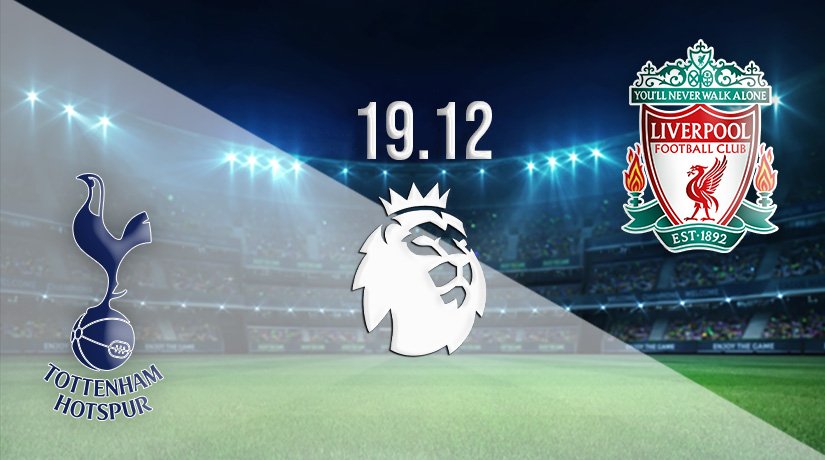 It’s the final weekend of football matches before Christmas but there’s still plenty to get through as European football moves into top gear. The schedule is hectic at this time of year and that’s worth keeping in mind when making your predictions on the outcome of matches. You must take into consideration injuries, upcoming games, recovery time, road trips and more, all before making a decision on the team you expect to win. It’s not easy, but it’s well worth shooting for.

Four matches are scheduled for Sunday in the English Premier League, and it will be a thrilling afternoon for followers. The stadiums will be packed to capacity, and there will be millions more following the action around the world—top of the bill pairs Tottenham and Liverpool in London from 16:30 GMT. The Premier League is the most-watched football division in the world, and this game will serve as a reminder of why.,

Spurs and the Reds have played out some thrilling contests over the years and neutrals hope this renewal lives up to the hype. The rivals met twice last season, and we were treated to a total of seven goals, including a stunning 3-1 away win for Liverpool in London back in January. Which side will come out on top here and give their fans an early Christmas present?

Spurs are creeping back into it

It has already been an eventful season for Tottenham and their fans, beating Manchester City on the opening day before going on a strong run of form. The Londoners failed to maintain their consistency and a sticky patch saw them drop off down the pecking order. They appear to be back firing, though and started this week in seventh place with an eye-catching four-match unbeaten run. Spurs have 25 points on the board at present, which places them just three behind West Ham United and the top four. They are five points better than Brighton, who is down in 11th.

The locals won three games on the bounce following a draw, and taking 10 points from the dozen that have been available to them helped breathe life back into their season. Another win here against one of the title favourites would make critics sit up and take note. This is a strong Spurs side and one that is more than capable of challenging for a top-four finish this season and return to the Champions League next term. Making it back to UEFA’s elite is the goal for these players, but to achieve that, they must be strong at home.

Tottenham racked up what was their eighth win of the season from 14 attempts last time thanks to a 3-0 at home against lowly Norwich. It was a routine victory on a day they could have scored a few more. The winning goals came from Lucas Moura, Sanchez and Son Heung-Min, with two of those three scored in the second half. This match will prove to be a far sterner test, but there’s confidence in the home dressing room.

Liverpool was poor last season, failing to defend the title they famously won, becoming champions for the first time in the Premier League era. Jurgen Klopp’s side looked dead on their feet after that effort, and it showed for most of last season. They now look like a team reborn and are back fighting for the top spot in the league. Many followers of the English Premier League have been forced to accept the Reds are genuine title contenders and currently rate as the main danger to Man City, who is in pole position. At this stage of the season, a strong case could be made for any of the top three winning the league – Chelsea, Liverpool and Man City.

Liverpool went into this week in the silver medal position but poised to strike. Their stats at present read 11 wins, four draws and one defeat with an impressive 45 goals scored and a dozen conceded. Taking a closer look at those numbers, we note Liverpool have the fewest defeats in the Premier League and are the competition’s highest scorers. They are also on a fantastic winning run of form, taking maximum points from each of their last five games, a run matched only by the champions.

Liverpool banked another important win last weekend when beating Aston Villa 1-0 at Anfield in what was an emotional return for former club captain and current Villa boss Steven Gerrard. The winning goal that day was scored by Salah from the penalty spot with 67 minutes on the clock, and although it was a tight contest, we ended with deserving winners of the points. That win over Aston Villa was the team’s second 1-0 in a row in the league, and they’d surely take another here.

Football at this time of year is thrilling, and followers of this match will be treated to a fascinating 90 minutes. Both teams need the points for different reasons. A home win would help drive the Londoners towards the top four, while an away win would strengthen Liverpool’s chances of hitting the front and winning the league. There’s enough talent in the Tottenham squad to win the points, but it’ll require their best performance of the season.

Liverpool has enjoyed success against Spurs in recent years, and the form of both teams so far this season suggests they have a great chance of beating the Londoners again. The Reds haven’t been as free-scoring as we have come to expect from them in recent games, but they have been keeping clean sheets and racking up wins. There’s all to play for here, and the huge TV audience will be entertained.

The pre-match betting odds available on this match has Tottenham priced at 5 to collect all three points. Liverpool trade at 1.625 to secure an away win in London and take the three points back to Merseyside while the draw is 4.2.

Make sure to bet on Tottenham v Liverpool with 22Bet!