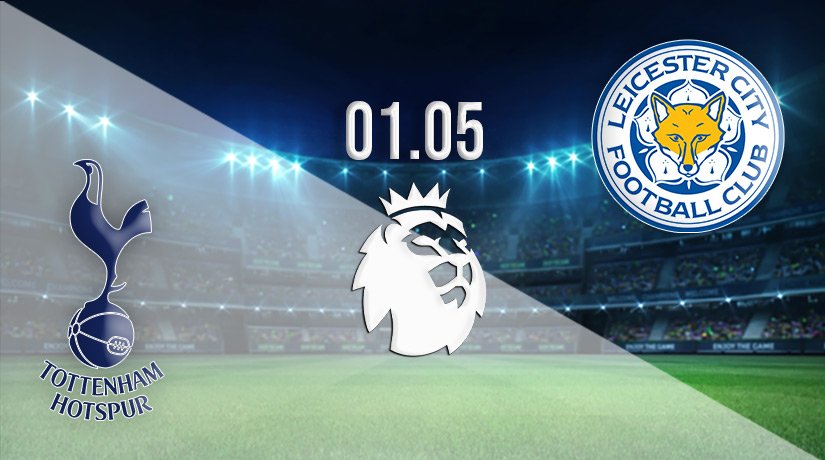 It looks to be a straight shootout between the two North London rivals for the fourth and final spot in the Champions League places this season. Spurs will be looking to bounce back after failing to win their previous two on Sunday when they host Leicester City.

One of the key battles over the final month of the Premier League season will be that of the Champions League places. It looks to be a battle between Arsenal and Spurs with five games remaining, as Manchester United look out of the race following their defeat against the Gunners last weekend.

Spurs have allowed Arsenal back into the race over the previous two matchdays, as they have failed to win. In contrast, the Gunners have picked up back-to-back victories during that period. Tottenham sit just two points behind Arsenal at this stage though, and their fate remains in their hands with a huge North London derby on the horizon. However, they will need to be much better than they have in their previous two fixtures. Last weekend, Spurs played out a 0-0 draw against Brentford, and looked very short of ideas in the final third.

Leicester City are sitting comfortably in the middle of the Premier League standings, but there’s little doubt that they would have been hoping for better this season. Their only chance of playing European football this season will hinge on their performances in the Europa Conference League.

The Foxes seem to be prioritising that competition at this stage of the campaign, as they have failed to win their previous three in the league. They played out a second straight draw in the Premier League last weekend, as they drew 0-0 against Aston Villa at the King Power.

Spurs have won their previous two against Leicester, with both victories coming at the King Power. Leicester won on their previous visit to the Tottenham Hotspur Stadium, as they won 2-0 in December 2020. However, Spurs still have the upperhand after winning three of the last four.

Leicester’s focus is likely to be on their European showdown with Roma over the coming weekend. Therefore, I expect Spurs to take the points in this Premier League fixture on Sunday against the Foxes. However, I could see both teams scoring at the Tottenham Hotspur Stadium.

Make sure to bet on Tottenham vs Leicester with 22Bet!