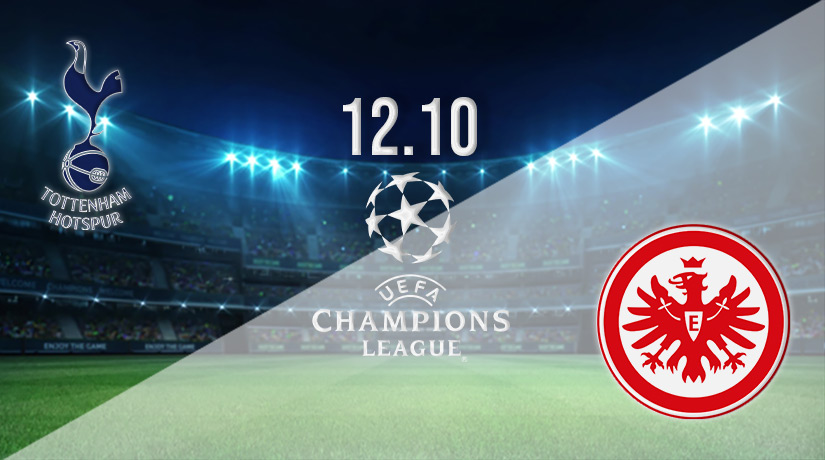 After their tight 0-1 triumph against Brighton on Saturday, Tottenham will switch their attention to the Champions League as they look to reclaim the top spot in Group D when they welcome Eintracht Frankfurt for the second install of their doubleheader at the Tottenham Hotspur Stadium on Wednesday at 20:00 GMT.

Can Tottenham Inch Closer to Qualification with a Win?

Antonio Conte’s side will be looking to regain their winning ways after they were disappointingly held to a 0-0 draw away to Frankfurt last week.

Conte and his charges will rue their profligacy in front of goal after they were unable to convert many of the chances they fashioned in this clash.

Conte will hope that his side will bring a cutting edge to this match as they hope to get the three points they need to edge closer to qualification in Group D.

This match will also pose a challenge for Antonio Conte as he seeks to shuffle his pack to keep freshness and avoid predisposition to injury.

Can Eintracht Frankfurt Cause an Upset and Bolster their Chances of Qualifying from Group D?

Eintracht bolstered their chances of qualifying from Group D when they avoided defeat against Tottenham last week.

Oliver Glasner will be eyeing another upset when his side travel to face Tottenham on Wednesday. He knows that avoiding defeat in this match will be crucial in bolstering their chances of qualifying in the remaining two outings.

Eintracht will focus on their defensive shape designed to frustrate Tottenham’s attacking players, denying them space, and forcing them to drop deep and wide.

Glasner’s men will then focus on leveraging possession turnover with fast attacks to pose an attacking threat in the final third.

Antonio Conte’s men have won once, drawn once, and lost once in their three outings in Group D this term. They have hauled four points out of the available nine. They currently sit second in Group D, level on 4 points with Eintracht, and two points behind leaders Sporting Lisbon.

Tottenham have scored two goals and conceded two in this run. They have a goal difference of 0, which is second to Sporting Lisbon’s 2.

Conte’s charges have to win their clash with Eintracht on Wednesday to maintain any hopes they have of finishing on top of Group D, especially with fixtures against Marseille and Sporting yet to come.

Eintracht have collected four points in the three outings they have had in Group D. They opened their account with a home 0-3 against Sporting before winning 1-0 away to Marseille. In their latest outing, Eintracht held Tottenham to a 0-0 stalemate last week.

Glasner’s charges have scored 1 goal in the three matches they have played, while they have conceded three. They have kept two clean sheets in this run.

Eintracht will be looking to bolster their attacking dynamics in the Champions League, as they look to step up their efforts to qualify for the knockout stages of the competition.

The Three Lions international is the talisman of this Tottenham side. His importance is underlined by the goals he scored. However, he is increasingly becoming one of the key creative forces for Antonio Conte’s charges.

Kane will be crucial for Tottenham in the clash with Eintracht as he will play a starring role in creating chances and taking them, especially coming up against an organized Eintracht side.

With Eintracht expected to play on the back foot on Wednesday; it will be crucial for them to retain an attacking presence for when they counter-attack or during possession turnovers.

Muani offers a presence up front to put defenders under pressure, work hard for the team, and make the required runs to ensure that Eintracht remain dangerous in the final third.

Spurs will play on the front foot. The onus is on them to get the three points and bolster their qualification chances. Playing at home, the fans will expect Antonio Conte’s men to be brave in possession.

Eintracht will seek to be disciplined and compact at the back. They will frustrate the Tottenham attacking players and pose a danger on the counter and at set pieces.

Tottenham will have too much for Eintracht; they will win the match and take the three points.

Make sure to bet on Tottenham vs Eintracht with 22Bet!