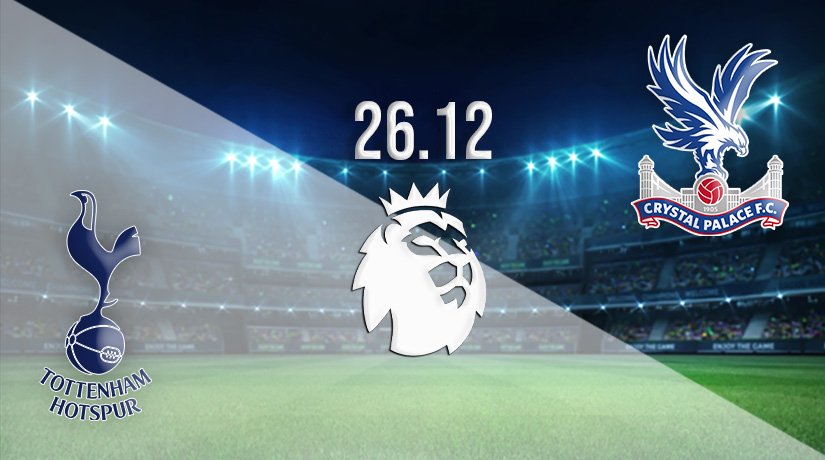 After missing three matches due to a Covid-19 outbreak in their camp, Tottenham will welcome Crystal Palace to the Tottenham Hotspur Stadium for a London derby at 16:00 GMT.

Can Spurs Continue the Upturn of Form under Antonio Conte?

The appointment of Antonio Conte at Tottenham has seen an upturn of form as they have won three matches on the trot.

This change in fortunes was hampered by the outbreak of Covid-19, but Conte will be confident of continuing this run against an impressive but inconsistent Crystal Palace.

Can Crystal Palace Complete the Double on Tottenham this Season?

Under Patrick Vieira, Crystal Palace have become an expansive and exciting team that can both entertain and win matches. Their 3-0 win against Tottenham early in the season was as exciting as it gets.

However, the Eagles will also know that that this expansive style comes at a price of concession and last minute heartbreaks. But Vieira knows only one way, and he will ask his players to be brave and take the game to Tottenham.

In their last rounds of fixtures, Tottenham have won three, drawn one, and lost two matches. Conte’s men have collected 10 points from the available 18 in this run.

Tottenham have won all the three matches that they have played under Antonio Conte, scoring seven goals and conceding one.

Patrick Vieira’s side have won one, drawn two, and lost three of their last six rounds of fixtures.  In this run, the Eagles have collected 5 points out of the available 18.

This leaves them nine points from safety, and thus highlights that Patrick Vieira and his side still have some work to do to secure their premier league status for next season.

Tottenham are also sweating on the availability of Emerson Royal, with the 22-year-old right-back side-lined with an unknown injury.

Patrick Vieira has the full squad fit and available for selection in the London derby clash against Tottenham.

This leaves Vieira with the advantage of picking his strongest team to face a Tottenham side that has undergone a considerable change of form since the appointment of Antonio Conte as manager.

The England and Tottenham captain has had an indifferent season so far. Whereas form is temporary, class is permanent, and Harry Kane is bound to show is quality sooner rather than later.

The tactics of Antonio Conte are bound to get the best out of the England ace and get him back among the goals soon.

The match against Crystal Palace, with the style that Vieira has them playing, will serve as the perfect match for Harry Kane to regain some of his form and stamp his authority on the Spurs team.

Connor Gallagher embodies the style that Patrick Vieira is implementing at Crystal Palace. His relentless energy, pressing, and eye for goal have become a crucial weapon for the Eagles this season.

The Chelsea loanee will be a crucial part of the Palace team that takes to the pitch at the Tottenham Hotspur Stadium.

He offers defensive solidity while also providing a possession outlet and a goal threat. These attributes are admired by Vieira who has sought to ensure that he gets the best out of Gallagher.

Expect Crystal Palace to play with a high tempo and seek to control possession and territory. Expect Spurs to play in a conservative approach with the back five working closely to deny Palace any space.

With the pace of Lucas and Son, Tottenham will pose a potent threat against Palace. Coupled with the goal scoring instincts of Kane and Son, Antonio Conte’s men will have too much for Palace.

Expect Tottenham to win all three points from this high-energy London derby.

Make sure to bet on Tottenham vs Crystal Palace with 22Bet!