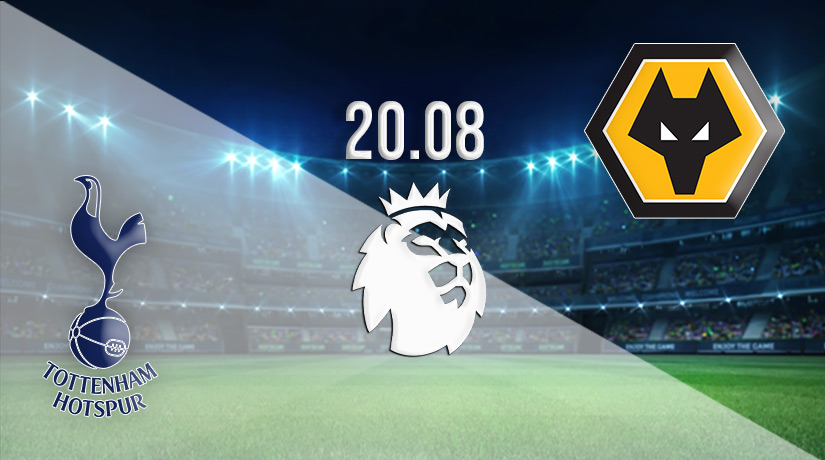 Welcome to our first big-match preview of the new English Premier League season. An enthralling 90 minutes is expected in London, where Tottenham Hotspur play host to a Wolves side expected to struggle this season.

It has been a challenging last few seasons for followers of Spurs as they have watched the club open a brand-new, amazing stadium, but the level of play on the pitch has failed to live up to the surroundings so far. Followers want to see their club back competing for a top-four finish in the division and a spot in next season’s UEFA Champions League.

To give themselves the best chance of that, they must make their home field a fortress, starting here. Tottenham is the favourites with most respected EPL pundits who predict the points will rest in London at full-time, but bettors shouldn’t be too quick in writing off a Wolves side without a win in two and already battling to keep the bottom three at arm’s length.

The pressure was on this Tottenham side ahead of the new season as fans were growing tired of below-par performances. The club and its fans set themselves high standards, especially in England. After finishing as the Champions League runners-up a few seasons ago, they want to be back contesting major honours. Is this the year Spurs challenge for the title?

That remains to be seen, and only time will tell if this group of players has what it takes to find the consistency needed to turn on the style at home and dig deep to win on the road. Consistency is something that has held the club back in recent times, but they must settle into a rhythm early if they have aspirations of troubling the likes of Manchester City and Liverpool, who are the two early favourites.

The hosts are unbeaten in the opening two games of their domestic campaign, taking four points from a total of six that were available to them. They claimed victory in their opening match when thrashing Southampton 4-1 when last at this venue and earned a draw at Stamford Bridge on Saturday, ending 2-2 with Chelsea in a game that was played on the edge for 90 minutes.

Spurs beat Wolves this time last season when leaving Molineaux with a 1-0 victory thanks to a goal from Delle Ali, who struck from the penalty spot on 10 minutes. Each of the last three league games involving these teams has seen at least one fail to find the net.

When making their predictions in pre-season, even the most enthusiastic of fans expected Wolves to struggle this term. Their time challenging for the major places in the league and flying the flag for English football in the Europa League are a thing of the past, according to the club’s growing number of critics. Still, we already know it’s dangerous to dismiss Wolves.

They haven’t started too well, picking up just one of the first six Premier League points that were available to them, following a draw with defeat last weekend. They opened their campaign with a narrow 2-1 loss away to Leeds United at Elland Road before being held to a goalless finish at home by Fulham last time; the point gained moving them to 14th in the table, one point above bottom club Manchester United.

That match against The Cottagers was one Wolverhampton Wanderers were favourites to win, but they lacked the composure and goal-scoring threat to turn possession and chances into goals. That’s something the coaching staff will be working hard to remedy, knowing a weak attack will land them in a world of trouble this season.

Spurs are the home team for this match, and the fans packing the Tottenham Hotspur Stadium will be there to demand another victory. Three points added to the four they already have against their name will ensure the Londoners remain hot on the heels of the early leaders, with just two teams – champions Manchester City and Arsenal – holding onto their 100% record.

Wolves have struggled so far, scoring just one goal and failing to win either of their opening two matches, including that first home game of the new season against a Fulham side that is just finding its feet again at this level. Those results do little to inspire confidence in Wolves causing an upset and inflicting a first defeat of the season on their opponents or leaving London with a share of the points.

Wolves have scored one goal while conceding two, while Saturday’s opponents have found the net six times already while conceding three goals, so there will be chances for both teams in this game. The club that keeps its cool in the final third and can turn chances into goals will be the team that wins this match. We expect that will be Spurs, and we’re picking them to add another impressive win to their tally.

The pre-match betting odds available to both new and existing members of 22bet are already available, allowing you to have a say on how this match will play out. Tottenham is the favourites, with backers offered odds of 1.36 on the home win, and that should be popular in weekend multiples.

Wolves know they are up against it in London but are expected to lose, so we could say they are playing without pressure. Their opening two games have been disappointing, especially in front of goal, but that doesn’t mean they can’t get something from their trip to the capital. An away win won’t be too popular in the betting, but 222bet offer 8.4 on a win for Wolves, or you can back the draw at 5.

The match betting odds are displayed above, but that isn’t the only market available on this match to 22bet members. Choose from several eye-catching specials, including both teams to score, total goals, handicap, first goalscorer and more. You are in complete control, able to place bets on our website or using your smartphone.

Make sure to bet on Tottenham v Wolves with 22Bet!