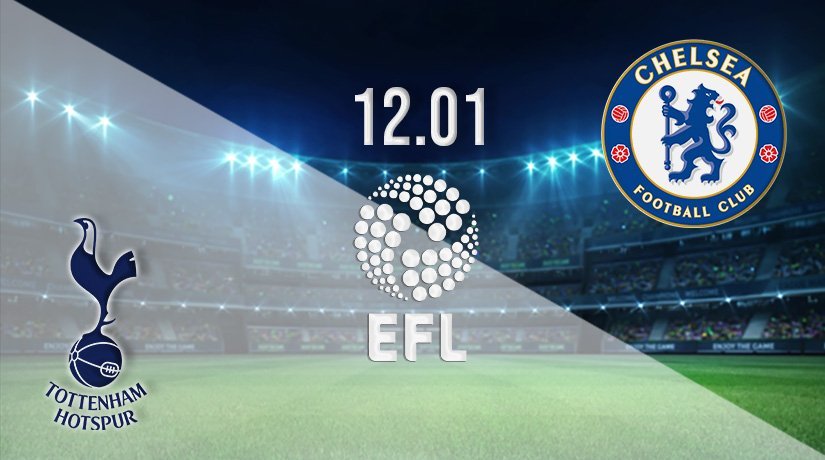 There’s plenty of variety on the midweek football schedule with Wednesday’s programme consisting of games from the Premier League, Championship, African Nations, Coppa Italia and more. The main attraction comes from London where neighbours and derby rivals Tottenham Hotspur and Chelsea face off.

These giants of the English Premier League meet in the semi-final of the EFL Cup with just one match standing between them and a place in the final at Wembley. The first piece of silverware of the season is there to be won but which side will grab their chance?

Spurs enjoy the home advantage for this second leg after visiting Stamford Bridge last time but that trip across the capital proved a tough one for followers. Chelsea came out on top that day, making full use of the home advantage when easing to a 2-0 first leg lead.

The tie is now theirs to lose and they can come to the impressive Tottenham Hotspur Stadium and defend their lead, if that is their approach. It’s not a luxury the locals have with Tottenham knowing they have to win this game and do it by two clear goals or more. A big task, but football fans know this side can never be fully written off.

The stats sheet shows Tottenham and Chelsea have met a dozen times before in the League Cup with the Blues enjoying most of the wins. Chelsea currently sit on six victories with Spurs showing three wins and three games ending in a draw.

A strike from Kai Havertz and an own goal by Ben Davies gave Chelsea a first leg lead and they now aim to protect it against an opponent in a do or die situation.

Pressure is on the hosts

It may only be January with plenty of football still to be played this season but Tottenham’s trophy chances are already severely limited. They are out of the Premier League title race and have been for many months now, meaning the focus is now on a top four finish and qualification to next season’s Champions League.

Spurs have already been eliminated from Europe, meaning they can focus entirely on their domestic campaign, a luxury not enjoyed by the club most seasons. Spurs have a great chance to pick up the first trophy of the season but to stand any chance of achieving that they must overcome a 2-0 deficit from the first leg at Stamford Bridge.

In the league, Spurs are an improving side and appear to have come through the poor form that hampered them in summer and autumn. They are unbeaten in their last five Premier League matches, winning three and drawing two during that purple patch.

The home team are now sixth in the ladder on 33 points which is miles off the pace set by leaders Manchester City but just two behind derby rivals Arsenal who are the current gatekeepers to the top four. Breaking into the major places in the team’s main objective this season but the players will enjoy the distraction of cup football, putting the pursuit of points to one side for the evening as they aim to battle their way into the final.

Spurs were last seen in action at this venue on Sunday afternoon when beating lower league opposition Morecambe 3-1 in the FA Cup.

It was a closer match in terms of the final scoreline than many had expected but an unfamiliar Tottenham side were more than good enough to get the win and book their place in the next round. Having won by a two-goal margin in the FA Cup at home, can they now do the same in the EFL Cup?

Blues would accept another draw

Chelsea enjoy an extended unbeaten run in the Premier League and currently rank as the main danger to Manchester City’s dominance but the Champions League winners look to have their work cut out for them in catching the Cityzens.

A failure to finish teams off from a winning position has cost Chelsea dear and they have fallen 10 points behind Man City after drawing four of their last five starts at that level. Draws have hampered their league progress but another level finish would be seen as a decent result in the EFL Cup and would be enough to send them through.

That’s due to their solid performance at home in the first leg of this EFL Cup semi-final tie when making full use of the home advantage. The Blues racked up a 2-0 win that day and had the chances to make it even more comfortable.

Another goal would have probably killed Spurs off but with the two-goal advantage it places Chelsea in a good position while keeping Tottenham in the hunt. Chelsea know if they lose the first goal in this game and it comes early enough, the second leg could be much more competitive than it needs to be.

We last saw Chelsea in action on Saturday in the FA Cup at Stamford Bridge when a much changed Blues hammered Chesterfield. It was the performance and the result that was expected of them with the winner never in any doubt.

A few fringe players impressed the coaching staff that day and will be considered for this match. Staying within that two-goal margin is the main aim of the visitors here.

All the pressure is on the home dressing room ahead of this match. Not only do Tottenham have to beat the current champions of Europe, they must do it by two or more goals. That’s no mean feat but if Spurs score the first goal and can get ahead early enough, they will rattle their opponents.

Chelsea are sitting pretty but no one camped inside the away dressing room will be foolish enough to believe the job is done. There’s still work to be done by the team here and the visitors must prepare to play much of the game without the ball while holding their shape in defence, standing strong against a Spurs’ attack.

The pre-match betting odds available to registered 22bet members wishing to gamble on the outcome of this game has Tottenham at 2.64 with Chelsea trading at 2.59 and the draw 3.46.

Make sure to bet on Tottenham v Chelsea with 22Bet!