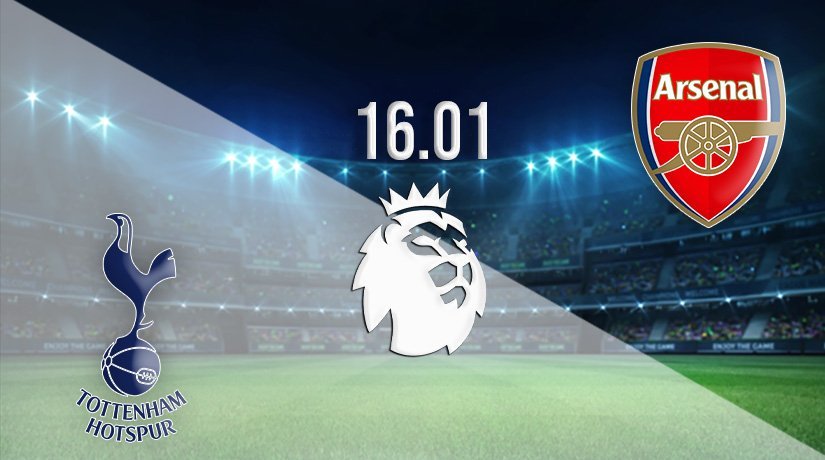 Followers of the English Premier League enjoy big matches and exciting results every weekend but every now and again a huge fixture comes alone, one that gets supporters excited while ensuring casual sports fans show an interest.

That comes in the form of the North London Derby at the Tottenham Hotspur Stadium where Spurs face Arsenal at 16:30 GMT on Sunday. This clash will be played out before a capacity crowd at one of the best football stadiums in Europe and millions more will follow the action live on television.

These sides have served up some memorable derby matches over the years and fans hope to see another thriller on Sunday. Both Spurs and the Gunners would be forgiven for choosing to play this one safe, setting up defensively with the hope of catching their opponent on the counter, snatching a narrow win and all three points.

Neither Tottenham or Arsenal have been convincing so far in this campaign but there’s still plenty of football to be played and a win on Sunday would increase their chances of a top four finish.

This will be the second North London Derby of the season after the pair clashed at the Emirates Stadium in September. It was Arsenal fans celebrating victory that day thanks to a stunning 3-1 result with the goals coming from Rowe, Saka and Aubameyang, more than enough to better the reply scored by Heung-Min Son.

Will we see more of the same here or can Spurs level the score for the season?

It has been a tough watch already for Tottenham fans this season but things appear to be, finally, heading in the right direction again. The London club entered the campaign with the hopes of challenging for the title under a new manager but despite beating Manchester City on the opening day of the campaign, they quickly lost their way.

Tottenham were forced to re-evaluate their expectations for the season, setting a top four finish and place in next season’s Champions League as their priority. They remain in the running to achieve that but know there’s plenty of work still to be done this season.

Tottenham line-up for this derby match at home with their stats for the campaign so far showing 10 wins and three draws against five defeats, scoring 23 goals but conceding 20. The worrying thing for most with a connection to this famous football club is the goals scored this season.

The Spurs defence has conceded fewer goals than Arsenal so far and only two more than Liverpool but in attack they have been weak. Spurs have scored just one more goal than Watford who are down in 17th and fighting against the threat of relegation.

Spurs are improving and enter on a fine run of form, consisting of three wins and a pair of draws in their last five games. Their most recent outing at this level produced a vital three points when beating another London club in Watford away from home.

The result of that match was 1-0 with the winning goal scored by Sanchez deep into stoppage time, the clock showing 96 minutes when Spurs snatched the points. A dramatic finish to a close game but the coaching staff would prefer a more comfortable outing.

Arsenal are another team desperate to make it into the top four of the Premier League and make that long awaited return to Champions League football. The Gunners have been absent from the head table of Europe’s elite for too long now and know the pressure grows with every passing season.

Fans have had enough of watching the Champions League as mere spectators, they want to see their team back involved in the thick of the action. They want to see those big nights back at the Emirates Stadium once again. The best way to achieve that is with a top four finish.

An interesting angle to this North London Derby is it could become a shootout between these ancient rivals for the top four. The winner of this match won’t claim their top four position at full time but victory would give Arsenal a real chance of protecting their place as the rivals circle behind.

Beating one of their main rivals for fourth in front of their fans would be something special for the club and would go some way to easing the pressure on manager Mikel Arteta following that shock cup defeat.

Arsenal’s recent league form shows they have won four and lost one of their last five games with that spare defeat suffered in their most recent league game. The loss was inflicted by champions Manchester City but that was a game the Gunners came close to winning.

They lost 2-1 after taking a 1-0 lead but were reduced to 10 men shortly after the champions equalised. It was a crazy few minutes that saw Arsenal shoot themselves in the foot, snatching defeat from a winning position. They must improve their discipline.

What a game we have ahead of us here in the latest renewal of the North London Derby. With both sides confident in their ability to win the game and grab a crucial three points, we could be all set for a classic. Spurs know they must make their home advantage count and give their chances of finishing in the top four a shot in the arm.

They have the players to match their opponents but must be better in the final third, turning chances into goals.

Arsenal know exactly what is expected of them here following that horror show in the FA Cup last weekend. The team that lost that day is a shadow of the one that will take to the field here but the starting 11 know the pressure is on and they must deliver three points to their fans and for their manager. If Arsenal continue to improve they should have enough ability to claim a famous win.

Make sure to bet on Tottenham v Arsenal with 22Bet!