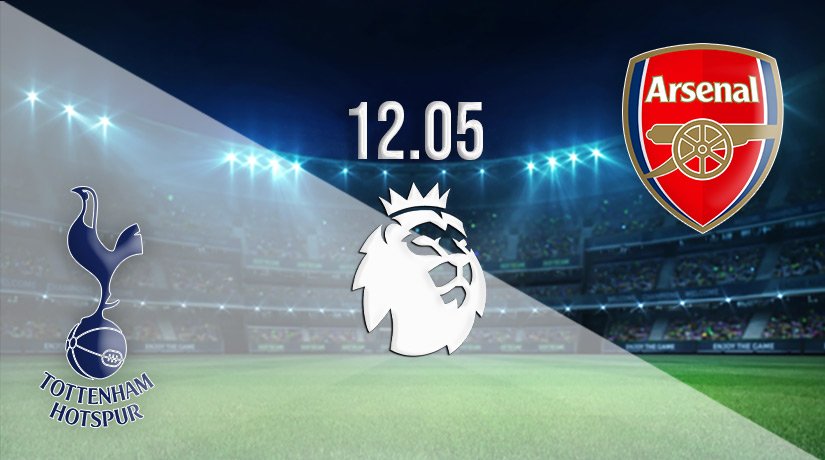 Tottenham host neighbours Arsenal in this hotly anticipated renewal of the North London Derby played on Thursday from 19:45 GMT.

This is one of the most famous derby matches on planet football, and a full house at the stunning Tottenham Hotspur Stadium will be boosted by the millions following the play live on television worldwide. The English Premier League is the most-watched football competition on the planet, and this game will remind us of why that is.

It’s always a fiery affair when Tottenham play Arsenal, but the stakes are much higher than usual, with these teams slugging it out for a place in the top four. The title will be decided between Manchester City and Liverpool, with Chelsea likely to cross the finish line in third.

That leaves Spurs and the Gunners to dispute fourth and the final qualifying place for next season’s UEFA Champions League. Just four points separate Arsenal in fourth from Tottenham in fifth, and they know anything other than a defeat would move them a step closer to mixing it in Europe’s elite. There’s much more to play for here than the three Premier League points advertised.

An entertaining match is expected if we are to follow the clues offered up by the stats. This will be the second North London derby of the season following Arsenal’s stunning 3-1 win at the Emirates Stadium earlier in September.

Going back further, we note five of the last six meetings has seen both teams score at least one goal. The Gunners want a repeat performance from that win last summer while their hosts are out for revenge.

Spurs are clinging on

Tottenham’s chances of finishing in the top four and playing in next season’s Champions League are looking slim at this late stage of the season, but no one in the team will be willing to throw in the towel just yet. The Londoners started the week in fifth place with their stats for the campaign showing 19 wins, five draws and 11 defeats, scoring 60 goals and conceding 40. They have collected 62 points which puts them within touching distance of their opponents, who boast 66 points, but there’s now no margin for error. This is a match the home team must win if they are to gatecrash the party.

A strong finish is required, but there hasn’t been much from this Spurs team in recent weeks that gives fans encouragement. They have won just two of their last five games and managed just one victory in their last four. That poor run consists of two draws and a defeat. If Spurs fail to make it to fourth this season, critics will accuse the team of choking after dragging themselves into a decent position, and it wouldn’t be completely unfair to say that. They must take maximum points from this match just to stay in the running.

Despite that unconvincing run of results, Tottenham do head into this match with something to build on as they are unbeaten in their last three Premier League starts. Their last three games have returned five points from a possible nine, including a 1-1 draw at Anfield last weekend. Son Heung-Min scored the opening goal of that game before Diaz struck an equaliser for the Reds on 74 minutes. That result dented Liverpool’s chances of winning the league after they lost ground on Man City.

The Gunners are firing

Arsenal may be the away team for this vital North London derby, but they arrive at the Tottenham Hotspur Stadium full of confidence following a stunning winning run that has the potential to salvage their season. The Gunners lacked the consistency needed to challenge Man City and Liverpool for the league title, and they started the season slowly but found their feet and are now firing on all cylinders. The away team start in fourth place with stats of 21 wins, three draws and 11 defeats, scoring 56 goals and conceding 42. That’s four fewer goals scored and two more leaked than their hosts.

Mikel Arteta’s men have won each of their last four games and will see this as another match they can take three points from after bagging a dozen points during that winning run. Since losing 1-0 at St Mary’s Stadium last month, Arsenal have played four and won four, beating Chelsea 4-2 in a London derby and Man Utd 3-1 at the Emirates Stadium to wrap up April in style. Those were two huge results that came against all the odds.

The visitors have played two and won two in May, beating West Ham United at the London Stadium before edging out Leeds United at the Emirates. Followers of the stats may be interested to learn Arsenal have won each of their last two games by a 2-1 scoreline. A third 2-1 win on the bounce would all but secure fourth place in the division, and it’s a result that would hand fans the bragging rights over their rivals. The result is more important than the performance in the final month of play.

This promises to be another exciting North London derby, with the home team knowing victory is a must. The Arsenal players would love to win this match and extend their 100% record to five games, but a draw would be a useful return, and we may see the Gunners roll up their sleeves and play for a share of the spoils. Knowing their rivals must attack and win the game will give Arsenal the advantage.

Keeping the stats in mind when making our predictions, Arsenal’s last two league wins have come from 2-1 scores, and that has also been the outcome in half of the last four North London derbies. The momentum is with the away team, and if they play as well as they did against Chelsea, West Ham and Man Utd, the Gunners have a great chance of winning.

Make sure to bet on Tottenham v Arsenal with 22Bet!