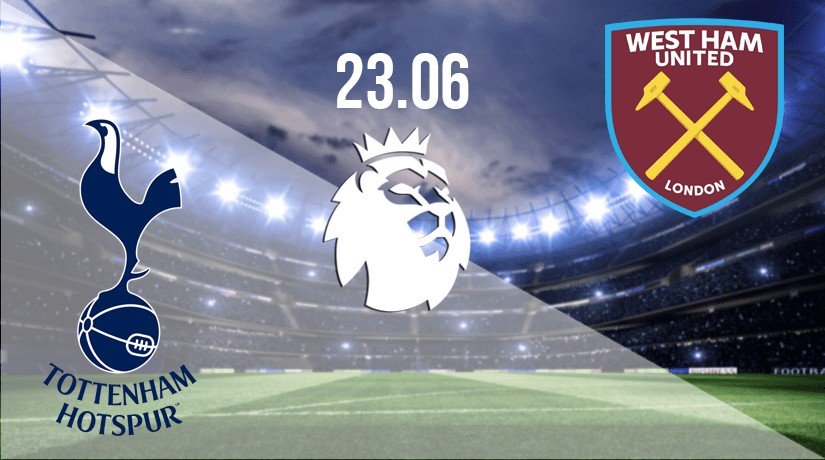 It has been an exciting weekend of Premier League football and that only appears set to continue this week with a mid-week London derby on the cards as West Ham United travel to Tottenham Hotspur.

Jose Mourinho would have been disappointed that his Tottenham Hotspur side couldn’t hang on to their lead against Manchester United in their first game back, while some would argue that Spurs were fortunate to come away from the clash with anything. Tottenham’s hopes of finishing in the Champions League places now appears to be over, as they are nine points behind Chelsea.

Mourinho claimed before the game that the fixture against United was must-win, and they got off to the perfect start through Steven Bergwijn. The Dutchman was able to fire past the weak-handed David De Gea after gliding past Harry Maguire with ease. United struck back after Bruno Fernandes converted a penalty that was won by Paul Pogba. The very best Spurs can hope for this season now is a place in the Europa League, but they will still face a fight for that target as the impressive Wolverhampton Wanderers and Sheffield United are also targeting them places.

West Ham missed the chance to climb away from the relegation places on Saturday as they were well-beaten by Wolverhampton Wanderers. The defeat means that the Hammers are still level on points with Bournemouth and one ahead of Aston Villa. Should results go against them in mid-week then they could potentially end the round of fixtures in the relegation places.

Their form over the previous five games has been disastrous, as they have lost four and won just once. West Ham will need to start picking up wins soon, but it may be too much of an ask for them to get the three points against Spurs on Tuesday.

Tottenham holds the advantage over the Hammers having won 97 times compared to the 64 wins recorded by West Ham. There have also been 52 draws between the two local rivals. However, West Ham have won just once in the previous five, and twice in the last seven. The meeting earlier in the season ended in a 3-2 win for Spurs in Jose Mourinho’s first game in charge.

West Ham will need to start picking up wins at some point if they are going to steer clear of the relegation places, but it is hugely unlikely that they will begin that winning sequence against Tottenham on Tuesday. The preference is for the home win.

Make sure to bet on Tottenham Hotspur vs West Ham United with 22Bet!