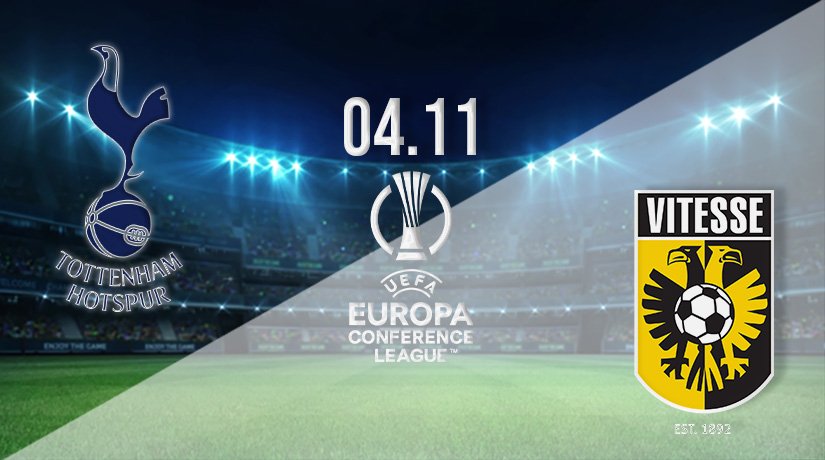 It has been a busy week at the Tottenham Hotspur Stadium, as Nuno Espirito Santo has departed the club, and has been replaced by Antonio Conte. The Italian’s first match in charge of his new club come sin the Europa Conference League on Thursday, as Spurs welcome Vitesse.

It hasn’t exactly been the easiest Europa Conference League campaign for Spurs to this point, as they face an uphill challenge to reach the next round. They are currently outside of the two top spots in the group, as they have picked up just four points from three games.

Tottenham would have been expected to sail through this group with ease, as they have by far the biggest budget out of the four sides in Group G. However, they have picked up just one victory in the three games that they have played, which leaves them two points behind Vitesse and three behind Rennes. Spurs have been the highest scorers in the group, but have also allowed four points; only Mura have conceded more.

Spurs were handed a first defeat in the Europa Conference League in their last game, as they went down 1-0 against Vitesse. The Dutch side dominated that fixture, and had 15 shots compared to the six managed by Spurs. Santo did make changes in that fixture, but they certainly still had more than enough to get the job done.

However, the win for Vitesse means that they now stand a great chance of reaching the next round. If they can avoid defeat in England against Spurs, then they will go into the final two rounds of fixtures in second place and will have restored their two-point advantage over Tottenham. Vitesse have been difficult to beat in the competition to this point, as they have lost on just one occasion.

Spurs and Vitesse met for their first time in their respective histories in the previous match between the sides. The win for Vitesse mean that they have a 100% record against Tottenham at present, but this will be a much more difficult test away from home.

Conte will get a first look at his players in this Europa Conference League fixture on Thursday. Once again, changes are likely to be made, but the players sent out by the Italian will be keen to show that they can do a job under the new regime.

Make sure to bet on Tottenham Hotspur vs Vitesse with 22Bet!