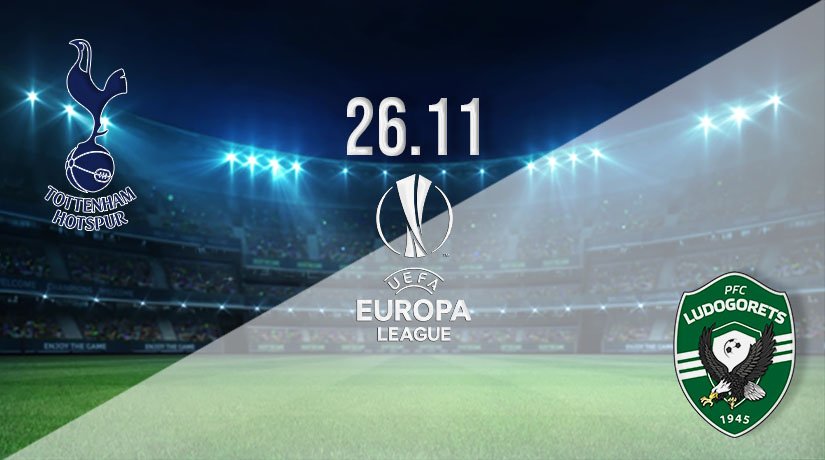 The second round of the Europa League group stages gets underway this weekend, as Tottenham Hotspur will be looking to consolidate their place at the top of the group against Ludogorets.

Tottenham Hotspur are seen as the standout team in Group J of the Europa League, but they haven’t had things all their own way in the group stage to this point. They are locked on six points, which is the same number of points as both Royal Antwerp and LASK. Spurs have won two of their three games so far in the group stage, with Jose Mourinho’s only defeat so far coming against Royal Antwerp.

The manager was critical of his side’s performance in that defeat, but they bounced back with a win against their opponents in this fixture. Spurs raced into a 2-0 lead in that game after goals from Harry Kane and Lucas Moura. Ludogorets pulled one back, before Giovani Lo Celso secured the win with half an hour remaining. Spurs were dominant in that fixture, as they had 22 shots on target. They will be hoping for more of the same in their home clash on Thursday.

Ludogorets have a big challenge on their hands if they are to reach the knockout stages of the competition, as they have lost all three games that they have played in so far. They have conceded five goals in their three games, and have scored just three goals. They will need to win all three remaining fixtures to have a chance of qualifying to the next round, but that already looks to be a big challenge for them. An away trip to Spurs isn’t the game that they would have wanted, but they will take confidence from the fact that they scored against the illustrious opponents in their last fixture.

Jose Mourinho will likely make a number of changes to his team for this fixture, with Harry Kane likely to be rested. However, they will be without Erik Lamela and Matt Doherty. Meanwhile, Harry Winks is a doubt for the fixture. Ludogorets will have a full strength squad to select from.

Ludogorets have a big challenge ahead of them in this fixture, and it is hard to see anything other than a win for Tottenham Hotspur. Gareth Bale could be a pivotal player for Spurs in this fixture.

Make sure to bet on Tottenham Hotspur vs Ludogorets with 22Bet!