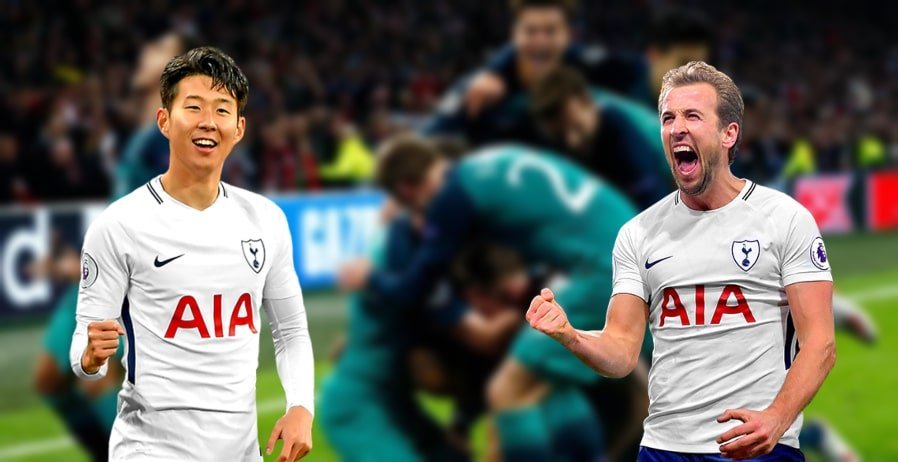 The 2018-19 season was a memorable one for Tottenham Hotspur despite their defeat in their first-ever Champions League final appearance. The club had never made it to a final before the season so their route to the final would be seen as a progressive one under Mauricio Pochettino. The 2019-20 season would present a chance for Spurs to possibly go one better, although 22BET makes them outsiders to achieve that feat; anything can happen in the most prestigious and the Champions League 2018-19 season showed that.

Spurs were drawn in the group of death along with Barcelona, Inter Milan and PSV Eindhoven. It was very much a tale of two halves regarding their group stage exploits as their last three games brought the positive results that saw them squeeze through to the next round. After defeats against Inter Milan and Barcelona to open their group stages; Spurs knew that they needed to get at least four points from their consecutive games against PSV.

They achieved the minimum requirement by drawing in Holland before claiming a narrow 2-1 win back in England. This was followed up by another win at Wembley against Inter Milan to keep them in with a chance of qualifying. They needed to match Inter Milan’s result on the final matchday and after Inter failed to beat PSV; Spurs’ draw against Barcelona was enough to get them through.

Spurs were handed a tricky assignment in the first knockout stage of the Champions League against then-leaders of the Bundesliga – Borussia Dortmund. Despite a poor run of form in the Premier League Spurs went into the game as favourites in the first leg. They dominated the game throughout and got the goals to show for this in the second half. Heung Min-Son opened the scoring before a late doubt by Jan Vertonghen and Fernando Llorente.

The 3-0 lead made for a comfortable evening in Germany for the club. However, but for heroics from Hugo Lloris, the scoreline could have been a lot closer after the first half in Germany. Fortunately, Spurs rode their luck and cemented their place in the next stage when Harry Kane scored a famous winner for Spurs.

Spurs were drawn against fellow Premier League side Manchester City in the quarterfinals, and they were rank outsiders to qualify with the bookmakers as Pep Guardiola’s side were chasing an unprecedented quadruple. The first leg was the first European game to be played in the new Tottenham Hotspur Stadium, and Spurs made home advantage count thanks to a second-half goal from Heung Min-Son.

The second leg would be a memorable occasion and the 4-3 defeat on the night will go down as one of the best Champions League games of all-time. There were five goals in a pulsating opening 20 minutes; with City leading 3-2. Sergio Aguero then scored before a dramatic goal from Llorente gave Spurs the advantage. There was more drama to come as Raheem Sterling had though he scored the goal to send City through in the 93rd minute; only for VAR to rule it out. It was a breathtaking 90 minutes of football.

Spurs at the Semi-Final Stage

Spurs came up against Ajax in the next round, and once again all the drama came in the second leg. Ajax were successful in the away first leg as they held a 1-0 lead. Back in Amsterdam, Ajax appeared to be in complete control and led 2-0 at the break after goals from Matthijs de Ligt and Hakim Ziyech.

However, Spurs’ never say die attitude was on full display as they scored two quickfire goals at the beginning of the second half to level the scores on the night. Spurs rode their luck as Ziyech twice struck the post. However, Spurs would have the final say as Lucas Moura scored a dramatic 93rd winner to send Tottenham to Madrid on away goals.

The second all-English Champions League final occurred in Madrid as Spurs would come up against Liverpool. Unfortunately, their luck with VAR ran out in the showpiece event as Liverpool were given a penalty inside two minutes after a handball from Moussa Sissoko. Mohamed Salah put the Reds ahead from the spot before a late second from Divock Origi condemned Spurs to their fate.