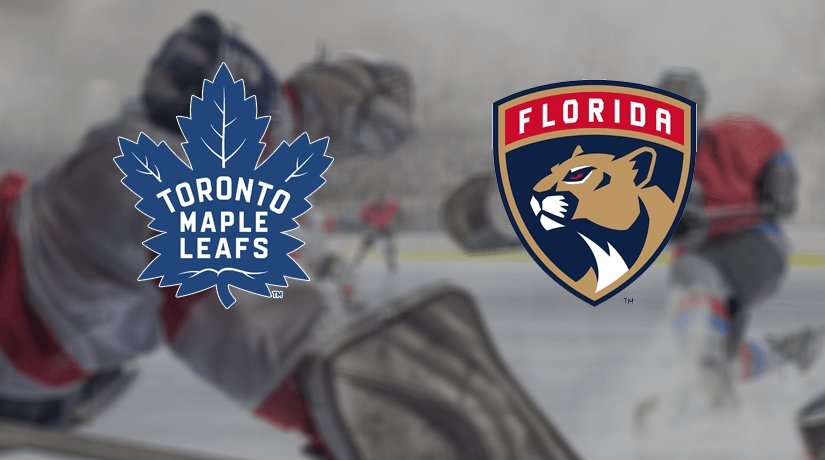 In another NHL match, Toronto Maple Leafs will host the Florida Panthers. Winning this match is extremely important for both teams because both clubs need to gain points to reach the playoffs. Let’s evaluate the performance of these teams and try to make an accurate prediction for the outcome of this contest.

The Maple Leafs under John Keefe started looking way much better than before, but so far, even this is not enough to confidently gain a foothold among the eight strongest teams in the Eastern Conference. At the moment, Toronto is in third place in the standings of the Atlantic Division, after Boston and Tampa. And now Florida – the rival is nowhere more direct since it is the Panthers who are in 4th place in the same Atlantic division. It is clear that today the hosts will give all their best. Besides, after the break, Maple Leafs look great – the team won 3 matches in a row. This season, Keefe’s squad have already met with Florida on the road – then the Panthers won with a score of 8: 4. It’s time to take revenge.

Florida in the last round lost on the road to Montreal with a score of 0: 4, thereby interrupting a series of 6 consecutive wins. And this devastating failure will surely affect the mood of the guests because today there will be an incredibly powerful opponent on the other side of the ice. Also, visits to the Scotiabank Arena have been incredibly tricky for Florida lately – the last time “cats” gained points in a guest meeting with Toronto in April 2016, since then, for seven consecutive matches, Maple Leafs outplay Florida in regular time. It seems that even today the Panthers have no chance of success.

Toronto now looks very decent. Obviously, the break for the AllStar Weekend was good for the team – the leaders have recovered, and now the Maple Leafs are once again able to beat anyone. Our prediction – Toronto Maple Leafs to win in the regulation.

Make sure to bet on Toronto Maple Leafs vs Florida Panthers with 22Bet!