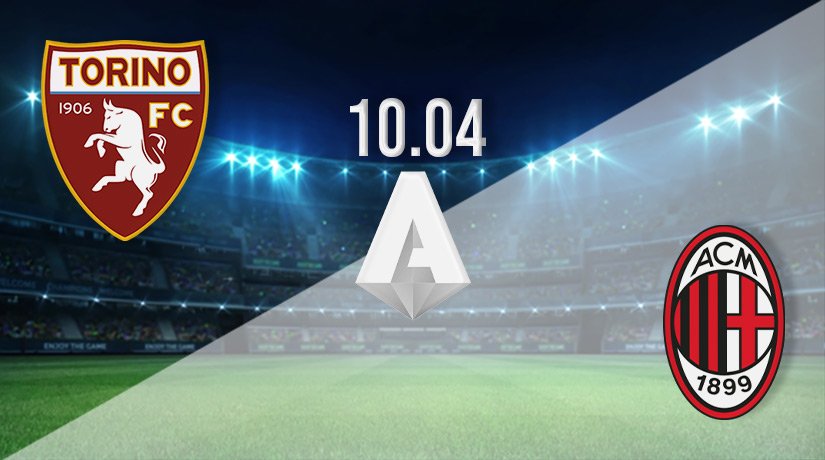 After dropping two points in the title race in the 0-0 draw at home to Bologna, AC Milan will be looking to quickly bounce back to winning ways when they travel to Turin to face 11th-placed Torino on Sunday at 19:45GMT.

Can Torino make it Two Wins in a Row in Serie A against AC Milan?

After going eight Serie A matches without a win, Torino finally had a win in the 1-0 triumph over Salernitana last weekend. The Turin side will be looking to maintain this momentum when they face league leaders on Sunday.

With four defeats and four draws in their eight-match run without a win, Torino have fallen down the table, away from European-qualifying places.

The match against AC Milan provides an opportunity to get a morale-boosting victory over the league leaders, which might end up being a turning point for Torino in the run-in.

Can AC Milan Bounce Back to Winning Ways to Continue Leading the Serie A Title Race?

In their 0-0 draw at home to Bologna on Monday, AC Milan failed to extend the lead over second-placed Napoli in the Serie A table and the race for the Scudetto.

The gap now stands at one point, which means that Stefano Pioli’s side have no room for error as they navigate the run-in of the Serie A season.

With seven matches remaining in the Serie A season, AC Milan are in the middle of one of the tightest three-way title race in Europe. The match against Torino offers an opportunity for Pioli and his side to get three crucial points as the run-in gains steam.

Torino have been in poor Serie A form in the last 10 matches. During this run, the side from Turin have won just two fixtures against Sampdoria (2-1) and Salernitana (1-0).

They have lost four matches during which they have conceded seven goals while scoring two. Of the four draws during this run, three ended in a 1-1 scoreline, whereas the other one was a barren 0-0.

In the last 10 rounds of Serie A fixtures, AC Milan have won five times, drawn four times, and lost once against Spezia (2-1).

This run of form has seen Pioli’s side collect 19 points and drop 11 in the process.

Central midfielder Dennis Praet will miss the clash with Milan on Sunday; the 27-year-old is sidelined with a fractured Metatarsal since February 11th and is expected back in the middle of May.

Center-forward Antonio Sanabria (Calf injury), center-back Koffi Djidji (hamstring injury), center-forward Simone Zaza (knee problems), and left midfielder Mohamed Fares (injury to the cruciate ligament), are all likely to be unavailable for selection in the clash with Milan on Sunday.

Pioli will be without center-back Simon Kjaer, who is sidelined with a ruptured cruciate ligament and is expected to be back at the beginning of June.

Centre-back Alessio Romagnoli is also missing from the action with adductor problems; the 27-year-old has missed one match for Milan already and is a doubt for the clash with Torino.

Right-back Alessandro Florenzi has also been unavailable for selection with a meniscal laceration, which has kept him out of one match already since April 4th.  He is a doubt for the weekend clash with Torino.

The Italian is the talisman for Torino. His physical presence, pace, and goal-scoring are essential attributes that help Torino win football matches. Bellotti will be crucial for Torino when they face Milan on Sunday.

The Frenchman has been pivotal for Milan since he joined the side from Chelsea. He provides a reference point, clever movement, and brilliant link-up play. He will be central to Milan’s ability to penetrate the Torino defense.

Expect Milan to dictate possession and territory. Torino will be compact and solid; they will seek to leverage counter-attacks and set pieces to cause trouble to the Milan defense.

AC Milan will win this match and take three crucial points in the title race.

Make sure to bet on Torino vs AC Milan with 22Bet!