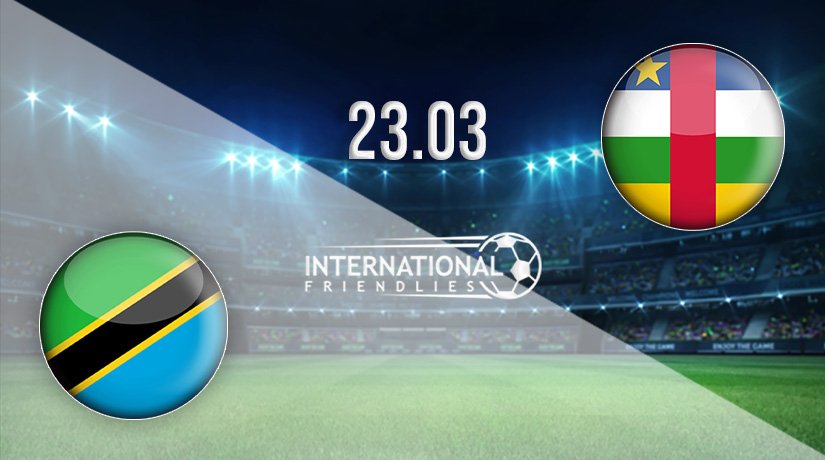 The Taifa Stars of Tanzania will welcome the Central African Republic in an international friendly match at 16:00 GMT.

Can Tanzania Sharpen their Play Ahead of the Qualifiers’ Season?

The friendly clash with CAR will provide Tanzania with an opportunity to work on their team dynamics and assess the quality of some of their players ahead of the qualifiers.

This follows Tanzania’s failure to qualify for the just-concluded Africa Cup of Nations in Cameroon, in which Senegal emerged as the Continent’s Champions.

The friendly will be the continuation of a rebuild as Tanzania prepares itself for the upcoming qualifiers.

The focus will be nullifying CAR’s attacking threat, keeping the ball, pressing high, and creating chances to bolster their chances of winning.

Can CAR Cause an Upset and bolster their Self-Belief?

CAR will focus on nullifying the danger posed by Tanzania’s attacking players. Solidity and a pragmatic approach will be crucial in ensuring that CAR are competitive in this clash.

CAR will be looking to regain some of their form after three straight defeats in the World Cup Qualifiers against Nigeria (2-0), Cape Verde (2-1), and Liberia (3-1).

This international friendly against Tanzania, which will precede their clash with Sudan, will offer an opportunity to re-focus the team and create some much needed confidence.

The Taifa Stars will be looking to improve on this form by re-jigging their squad and approaches in the clash with CAR on Wednesday.

In the last competitive outings, CAR have won once, drawn once, and lost four times. All the six matches were in the second round of World Cup qualifications.

This run of form has been considerably poor, which has essentially derailed their chances of qualifying for the next round of world cup

His pace, physical presence, and link-up play have been crucial for Royal Antwerp, who are currently third on the Belgian Pro League with 59 points, 12 points behind league leaders Saint-Gilloise and 7 points behind second-placed Club Brugge.

Samatta will be crucial in providing the thrust and dangerous play in the Tanzania forward line. His experience and ingenuity are crucial in offering leadership of the team and driving them forward in the clash with Central African Republic.

Georgino M’Vondo plays for Angoulême as a forward. In the 2021/22 season, M’Vondo has grabbed 2 goals in 15 appearances for Angoulême.

M’Vondo is crucial for Central African Republic because of his physical presence upfront, pace, and work rate.

He will be central to the approach CAF will apply in the clash with Tanzania on Wednesday.

The 24-year old is improving considerably in recent years as he has stepped up is presence and cutting edge in front of goal.

For Central African Republic, M’Vondo is a leader on the pitch and the focal point of the team’s approach in the attacking areas. He is also a crucial link between the midfield and the attacking player in a way that increases the threat and chances they create upfront.

Tanzania will have the home advantages; this will be crucial, especially since the Covid-19 restrictions have been eased across the region. The Taifa Stars will be looking to dominate possession and push CAR back.

CAR will look to be compact and solid to frustrate Tanzania. This approach will result in less possession and fewer chances. However, they will aim to use transitions to carve Tanzania’s rear-guard open and create dangerous situations.

Given the defensive solidity of both teams, a draw is the favoured result in this international friendly match.

Make sure to bet on Tanzania vs CAR  with 22Bet!