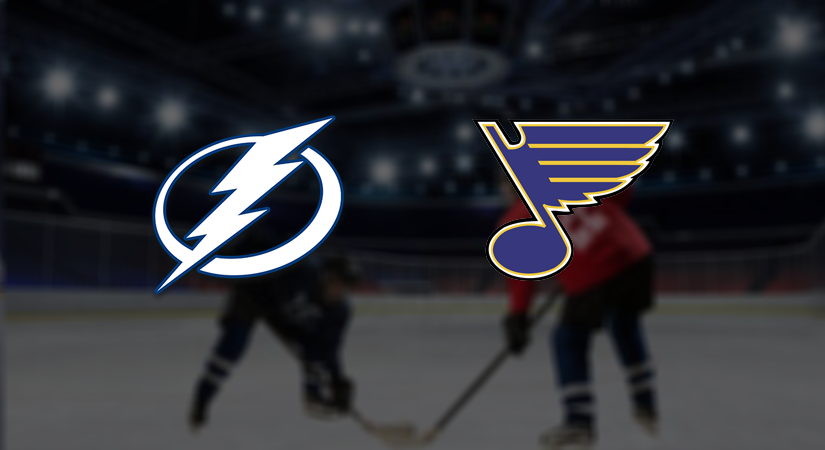 In the next round of the National Hockey League, Tampa Bay Lightning will host a match with St. Louis Blues at Amalie Arena, Tampa, Florida. Let’s study what achievements these teams have made so far within this season and try to predict the outcome for this game.

Tampa Bay for the second time this season has developed a series of three victories, but their successful series has not yet lasted more than three matches. And now the hosts have a real chance to prove to everyone that the crisis is indeed over – the current Stanley Cup winner, St. Louis, is going to visit John Cooper’s squad.
Having won against Chicago on the road (4: 2), the team returned home, where they defeated Anaheim (6: 2) and Buffalo (5: 2). In the duel with the Sabres, the Lightning were behind with the score 1: 2, but then they took the lead, and in the third period they scored twice while killing the penalty and won. Also note that John Cooper’s team is the best in killing penalties, as well as one of the best in the game in the 5 against 4 format. The most important thing for Lightning now is to improve its tournament position, because the 9th line in the East is not the ultimate dream.

St. Louis lost two matches against Nashville (2: 4 and 2: 3 SO), but before that they had celebrated success two times in a row, defeating Tampa (3: 1) and Calgary ( 5: 0). “Musicians”, as a rule, rely on the game from the defence and therefore concede relatively small amount of goals. But due to two consecutive defeats from the Predators, they lost the first line of the Western Conference and are now one point behind Edmonton. On the road, the team won only three matches in regular time. And now the crisis of the guests is evident – St. Louis lost in 5 of the last 7 meetings. Well, it is expected. The loss of Tarasenko, the leader and the best striker of the team has hit them hard.

St. Louis away trying to play defensively and act carefully and disciplined, and Tampa can not score while playing with “Musicians”. Based on this, we are waiting for the tiniest number of goals. The hosts will likely win this game based on the fact that they’ve three consecutive victories and St. Louis is not doing too well lately.

Make sure you check out this prediction for the NHL games between Tampa and St. Louis.