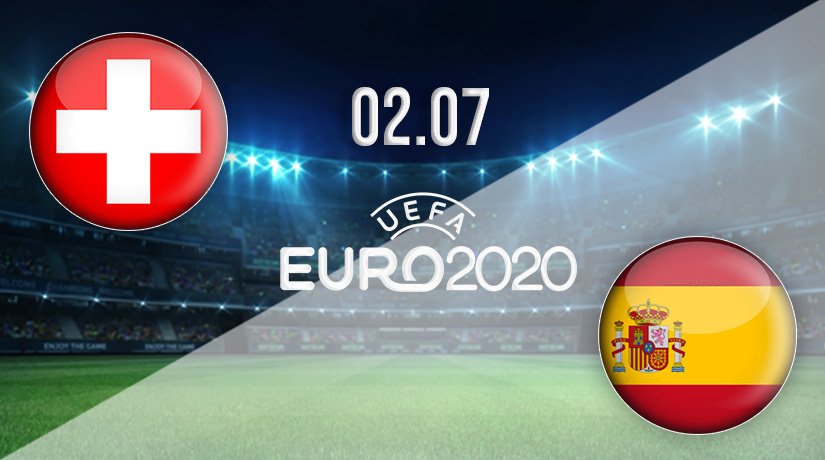 We have entered July, and the Euro 2020 tournament returns on Friday with the quarter-final matches. Two games are scheduled to be played, with the first pairing Switzerland and Spain in a 17:00 GMT kick-off you can follow live on television. That’s the match our football content writers focus on, but you can read our expert previews on each game from the last eight of the tournament on this site.

The Swiss have caused their fair share of upsets in making it this far, but the challenge now moves up a notch as they face the might of Spain. Red Fury is the European Championships most successful team on three previous titles, locked on a trio of medals with Germany. With the Germans out of the running, eliminated by England on Tuesday, Spain now has a real chance to make history. If they are to achieve that, they must first deal with a dogged and determined Swiss side.

The head-to-head stats show the Swiss and Spanish have crossed paths six times in the past, and it’s Red Fury who dominates proceedings on three wins. Switzerland have only one victory, with the two spare games ending in a draw. The most recent match ended 1-1 in last year’s Nations League. The pair will be separated one way or another here, with extra time and penalties available if required.

Despite being in the quarter-finals of Euro 2020, Switzerland finished third in their pool and were somewhat fortunate to make it through to the knockout stages. They ended behind Italy and Wales on four points with their form in Group A settled at draw, loss, win. They needed an important victory over Turkey in the final match to scrape through as one of the best third-place finishers of the tournament. That hasn’t held them back, and the Swiss have been more impressive when playing knockout football.

They secured their passage with a deserved 3-1 win over the Turks on matchday three of the groups with the goals in that game scored by Seferovic and a Shaqiri double. They took the lead inside six minutes and never looked back, beating Turkey with ease to secure the four points needed to keep alive their dreams of making it to the latter stages of Euro 2020. The camp will now enter this match with confidence as they aim to pull off another upset.

Switzerland were last seen in action scoring one of the biggest shocks of the competition when eliminating France. Les Bleus were the pre-tournament favourites with most pundits, but their challenge was cut short when fighting out a 3-3 finish after extra time. That game went to penalties where Switzerland were clinical from the spot, winning 5-4. Having dealt with the favourites, Switzerland now feel invincible.

Despite being the most successful team ever to play in the European Championships, Spain were written off by many pundits on the approach to Euro 2020. The current team didn’t look as impressive on paper as previous squads, and many former players and professionals expected the Spanish to be this summer’s major flop. Every international tournament has a big name that falls flat on their face, but the critics should have had a little more faith.

Spain barely got out of first gear during the group stages, and they finished second in Group E with an unbeaten record. Two draws and a win gave them five points which saw Spain end two behind Sweden, who posted a pair of victories and a draw. The Red Fury scored six goals but conceded only one, and it was obvious there was more to come from this team who were capable of performing on the big stage, having already proven their quality in knockout football in the past.

After coming through the groups as runners up, Spain beat a talented Croatian side in the Round of 16 but needed extra time to achieve it. They won that match 5-3 thanks to goals from Sarabia, Azpilicueta, Torres, Morata and Oyarzabal. The game ended 3-3 after 90 minutes with Croatia scoring a stoppage-time equaliser, but it was the Spanish that delivered when the pressure was on. Two late goals saw them book their place in the quarters and keep alive their hopes of winning Euro 2020.

The Swiss have had to battle for everything they’ve achieved in this competition so far, and that has created a strong team spirit. They will understand that, once again, they are the underdogs for this match, but Switzerland are a hard-working and organised team who won’t roll over and surrender to the Spanish.

Spain have now proven themselves as a contender for the title, and with the likes of France and Germany eliminated from the running, they have shot up the list of favourites. There’s still more to come from this team, and, having scored five goals in the previous round, supporters will want to see an improved defensive showing in this match.

If they are to win this match, the Spanish must be patient. They can’t adopt the same tactics as they did against Croatia and aim to blast them out, leaving themselves open at the back. The players went through an emotional rollercoaster in that match and must now work to ensure they don’t face another 120 minutes of football.

The pre-match betting at 22Bet for this game has Switzerland priced at 5.25 with Spain trading at odds of 1.67 while the draw is 3.78.

There are over 100 pre-match markets available to members who wish to place a bet on the outcome of this fixture. As well as the match winner, there’s also both teams to score, total goals, handicap, half time – full time, first goalscorer, correct score and more.

You’ll find match previews on all the biggest fixtures from Euro 2020 here at 22Bet. Our team preview all the games from the latter stages of the competition.

Want to wager on other betting markets, such as BTTS, Handicap or Total Score? Make sure to bet on Switzerland v Spain with 22Bet!