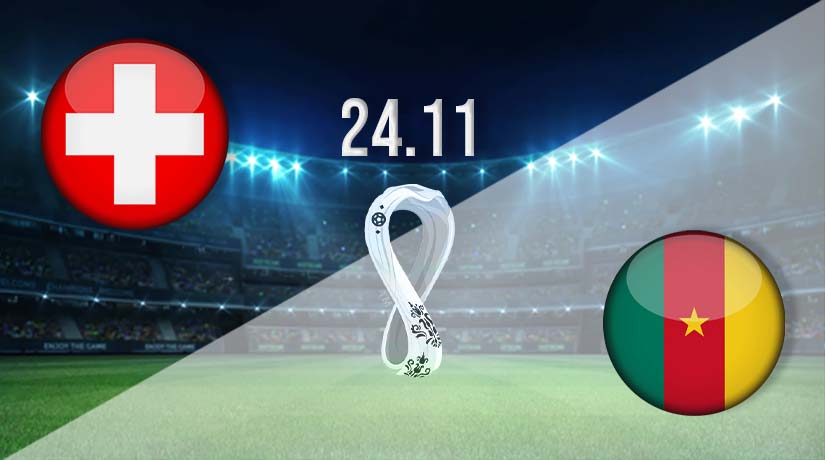 Group G gets underway at the World Cup on Thursday, with the early kick off taking place at the Al Janoub Stadium. Switzerland will be looking to build on a strong showing at the European Championships last summer, as they bid to get off to a perfect start against Cameroon.

Group G promises to be one of the most open when it comes to the team that progresses in second place, which means that this is a vitally important fixture for both Switzerland and Cameroon. Brazil are widely expected to go through as group winners, but the Swiss could claim to have a strong chance of joining them based on their performances over the previous 12 months.

Switzerland were excellent at the EUROs last summer, as they knocked out France before being eliminated in the quarterfinals. However, it has been a long time since they have enjoyed a strong run at the World Cup, as they haven’t reached the quarterfinals in the competition since 1954. They have reached the round of 16 in each of the previous two editions of the competition, and their prowess of making it out of the group stage could be pivotal in Qatar.

Cameroon is the most successful African nation in World Cup history, as they will be competing at the competition for the eighth time in their history this year. However, they are yet to surpass their achievement of reaching the quarterfinals in 1990, and they have been eliminated at the group stage in each of their previous two appearances.

Furthermore, they don’t come into the competition this year with any kind of momentum, as they have failed to win their previous four internationals. Both of their previous two have ended in 1-1 draws, with their latest fixture coming against Panama last week.

Switzerland vs Cameroon Head to Head

This will be the first time that Switzerland and Cameroon have clashed in a competitive international fixture. Furthermore, it is also only the second time that the Swiss will face an African side, with their only other clash ending in a 2-0 win against Togo at the 2006 World Cup.

Switzerland has an excellent record in the group stages at major tournaments, and that could be a vital trend to consider in the competition this year. We expect them to get off to a winning start against Cameroon.

Make sure to bet on Switzerland vs Cameroon with 22Bet!