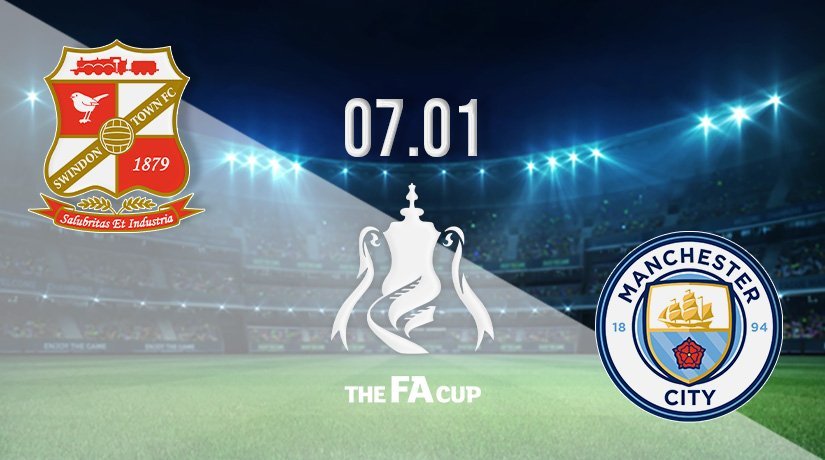 The third round of the most famous cup competition in football gets underway on Friday evening, as Premier League champions Manchester City travel to League Two high flyers Swindon Town.

The fixture between Swindon and Manchester City on Friday is exactly what the FA Cup is all about. The hosts will be dreaming of a famous victory in front of their home fans at the County Ground, as they look for one of the biggest upsets that we have ever seen in the famous cup competition.

This will be the third game that Swindon have played in the FA Cup this season, as they have already needed to play in both the first and second rounds. Swindon saw off Crewe Alexandra and in the first round of the competition with an emphatic 3-0 victory, before they edged past Walsall away from home at the beginning of December.

They will need all of their fans in attendance behind the team on Friday night, but they will be confident after a strong start to League Two this season, as they currently sit in fifth place.

There will be no excuses for Manchester City this weekend, as they will be fully expected to easily reach the fourth round of the FA Cup. City have won their last ten games in the Premier League, as they have moved clear of the chasing pack after an incredible run of form over the festive period.

Pep Guardiola has already achieved a success in the FA Cup during his time at City, as the Premier League champions beat Watford 6-0 in the 2019 final. City have won the competition on six occasions during their history, with two victories coming since their takeover in 2008.

This will be the first meeting between City and Swindon in 20 years. The last meeting came in the third round of the FA Cup in 2002, as City won 2-0 at Main Road. City have also won each of their last six meetings against their rivals this weekend.

Swindon will be looking to give a good account of themselves this weekend, but it looks incredibly difficult to see them pull off the impossible. City should get the win, but it may only be by a 2-0 scoreline.

Make sure to bet on Swindon Town vs Manchester City with 22Bet!