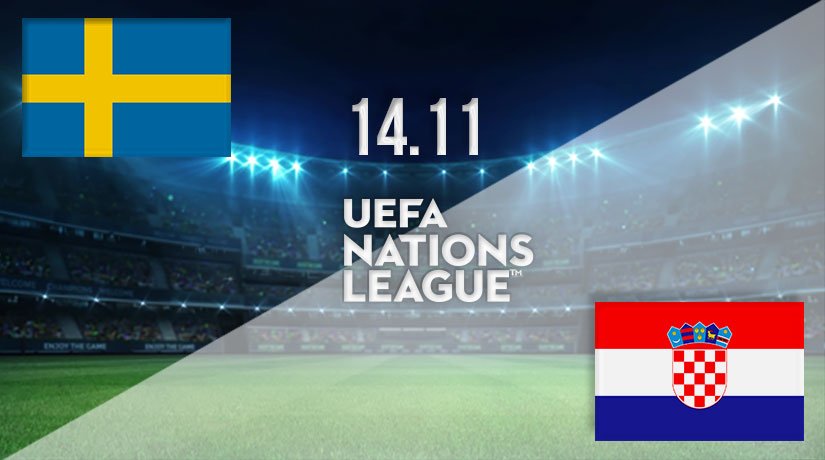 Both Sweden and Croatia will be unable to finish this Nations League in either of the top two positions, which means avoiding relegation to Group B will be the aim for both sides coming into this fixture.

This Nations League group has been a struggle for Sweden, as they have been unable to compete with the illustrious sides that they have been drawn against. The Swedes have lost all four games that they have played in this group so far, and defeat against Croatia at the weekend would confirm their relegation to the tier below. They have the second-worst defensive record in the group, as they have conceded eight goals, which is an average of two goals per game.

However, it’s in the attacking third where they have really struggled, as they have scored just one goal. Their only goal came in the previous meeting between these sides at Sweden were beaten 2-1. However, they were unable to take that confidence into their next fixture as they were soundly beaten by Portugal, with Sweden being beaten 3-0 away from home. They will be optimistic about turning their fortunes around ahead of the European Championships next summer.

Croatia’s aging squad have been unable to keep up the pace that has been set by the two sides at the top of this group, and the best that they can achieve now is a third place finish. They will be aware that a point from this game will likely be enough for them to finish in that position, as Sweden end their group campaign with a tricky fixture in Paris against France. Croatia’s only won so far came against Sweden, but defensively they have struggled throughout the competition. They have conceded eleven goals, with eight of those coming in their opening two fixtures against Portugal and France.

Sweden vs Croatia Head To Head

Croatia have claimed four victories against Sweden in the past, with the Swedes having only won on one occasion. That sole victory came back in a friendly in 2012, as they won 3-1.

Make sure to bet on Sweden vs Croatia with 22Bet!