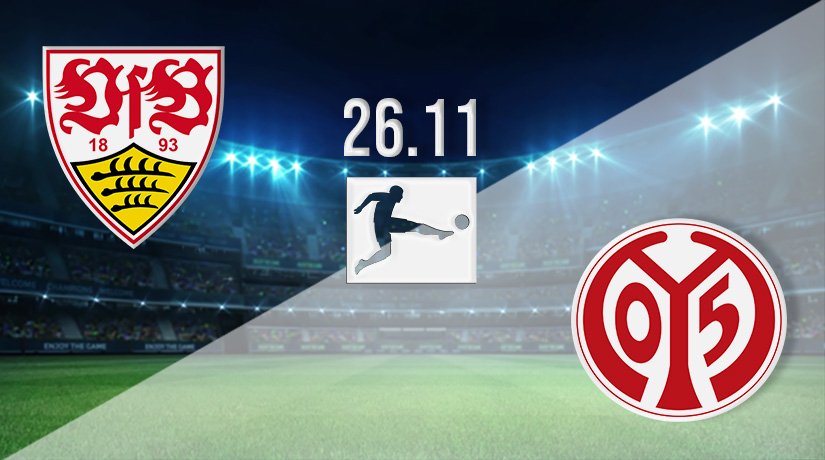 Stuttgart’s position in the Bundesliga this season is looking at risk, as they currently sit in the relegation playoff place. However, for Mainz, they will be looking for a third win in five to move up into the European spots.

Stuttgart are one of the biggest club sides in Germany, but that reputation counts for very little when you’re in a relegation dog fight. They are currently down in the relegation playoff spot, having won just twice in 12 games so far this season. The ten points that they have picked up means that they are just a point outside of the automatic relegation spots and two from safety.

Stuttgart’s recent form has also been very disappointing, as they have lost their last three, and have gone five without a victory. They have picked up just two points during that run of games, but confidence is likely to be low given that they have suffered defeats in each of their last three games.

They have conceded seven goals during that run, and have scored just twice. However, they did give a good account of themselves on their return to Bundesliga action on Saturday, as they were unlucky to lose 2-1 to Borussia Dortmund.

Mainz are flying high in the Bundesliga this season, and could have the European spots within their sights this weekend. A victory could move them up to fifth, while it will also put them level on points with Bayer Leverkusen. Confidence is something that shouldn’t be low within the Mainz camp, as they are unbeaten in their last four.

They have won twice during that run of form, but have been held to draws in successive matches coming into this fixture on the road. Their most recent draw was picked up last weekend, as they came up against Koln, and played out a 1-1 draw.

Stuttgart vs Mainz Head to Head

Stuttgart have won the last two fixtures between these sides, scoring six goals in the process. However, Mainz still hold a pretty impressive record over recent years, as they have won three of the previous five.

Confidence could be the important factor coming into this fixture. Stuttgart’s will be very low after a terrible run of form, while Mainz are closing in on the European places. The visitors would be our selection to claim the three points in the Bundesliga on Friday night.

Make sure to bet on Stuttgart vs Mainz with 22Bet!