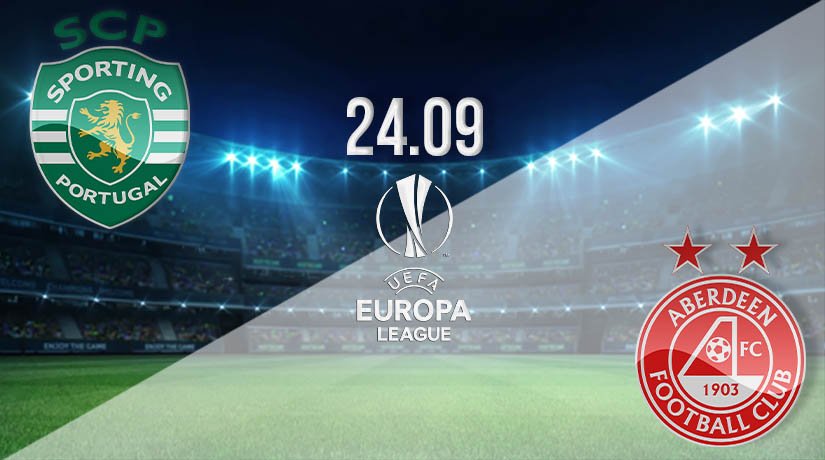 The race to reach the group stages of the Europa League intensifies this week as Aberdeen and Sporting Lisbon meet in the third qualifying round. The winners will progress through to the playoff round, where they will have the chance to secure their spot in the group stage.

This will be the first European outing for Sporting Lisbon this season, and they will be hopeful of securing the two wins that they need to reach the group stage. Their chances of success have certainly been hindered by departures, as they are still yet to replace Bruno Fernandes, who moved to Manchester United back in January. Sporting haven’t played a competitive game this season yet, but they have played three pre-season games. They have won all three of these games, and have scored seven goals in the process. Their most recent pre-season game came at the beginning of September, as they beat Valladolid 2-1. However, Sporting’s preparation for this fixture couldn’t have been worse as nine of their team have been tested positive for COVID-19. The club remain determined for the game to go ahead, which means that Aberdeen could be coming up against Sporting’s B-team in this important European tie.

Aberdeen will have the advantage of having better fitness than Sporting, as they have already played six matches in the SPL this season. They have enjoyed a decent start to the campaign, as they have won four of their league games. However, Aberdeen do come into this match having lost their most recent fixture against Motherwell. They were way below par on that afternoon, as they were beaten 3-0. Aberdeen will have to be much better when they travel to Sporting. Otherwise, their European adventure will be over before it even begins.

Aberdeen will be without two important players for this fixture against Sporting, as Sam Cosgrove and Michael Devlin will both not be fit enough to make the trip. Sporting will be without nine first-team players due to COVID-19. Among the players that will be missing are Eduardo Quaresma, Joao Palhinha, Luis Maximiliano and Nuno Santos.

The situation that Sporting find themselves in makes this a difficult match to predict, as Aberdeen seemingly have a huge advantage. However, Sporting could still have enough quality to get past the Scottish side.

Make sure to bet on Sporting Lisbon vs Aberdeen with 22Bet!