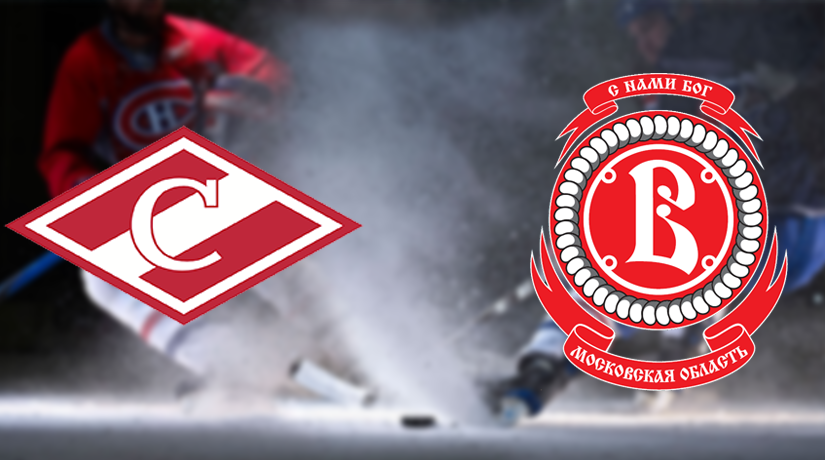 In another game on the Kontinental Hockey League, Spartak will host Vityaz in the CSKA Arena, Moscow.

December began for Spartak with a victory in Vladivostok (2-0). In the next two trips, Oleg Znarok’s team secured only one point out of four possible, losing in overtime to Kunlun (3: 4, OT) and having failed in Helsinki (2: 3). In China, Spartak twice used the powerplay, trying to recoup, although in general, the team goes on the penultimate place in terms of quality of five-on-four (13.5%) format.
On the home ice, the squad of Oleg Znarok obtained six victories in the last seven games, twice taking games into overtime. True, in only one match of this series, Spartak left their net locked.

Having given a phenomenal start to the season, the Podolsk team gradually slipped into the middle of the table and took the place that was more familiar to them. Eight defeats in twelve matches naturally pointed at the need for rest. Although Vityaz approached the pause for the Eurotour in a good mood, defeating the Torpedo at home (3: 2).
The Podolsk team is considerably better on the powerplay, but at the same time, their 4-on-5 component is very poor. Only 81.1% of the opponent’s attempts in the season they managed to neutralize.

This season the teams will hold the second match, in the previous Spartak beat their opponent away (2: 1 SO), although the Vityaz was among the leaders of the West in mid-October. Last season, Spartak also took the victory from Podolsk (3: 2), although at home they lost in overtime (2: 3, OT). In general, the tendency for guests to win is already observed in four official matches of rivals in a row, and Vityaz in Moscow won relatively recently with a score of 5: 2 and even 6: 2. Let’s bet on the hosts and the fact that the match will be productive. The teams have practically no representatives in the national teams, so the players will be rested both physically and mentally, which will lead to bright and spectacular hockey, in the best traditions of this contest.

Make sure you check out this prediction for the KHL match between Spartak and Vityaz.