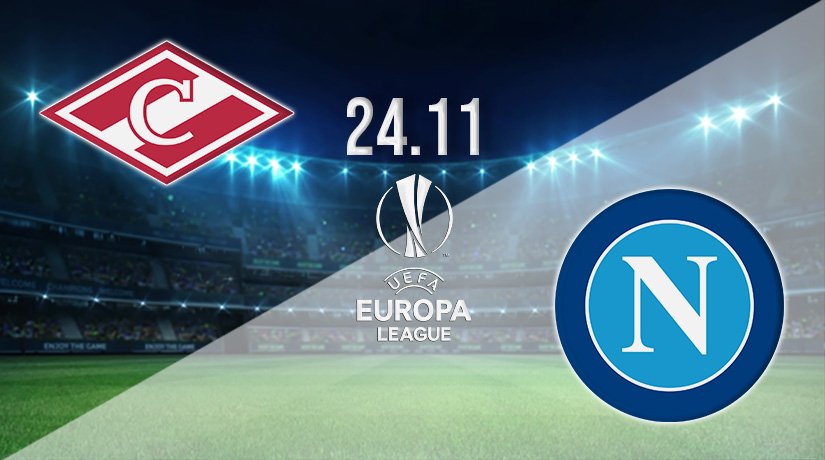 There is one game in the Europa League to look forward to on Wednesday, as Napoli look to extend their advantage at the top of Group C with a victory on the road against the struggling Spartak Moscow.

Napoli’s place in the next round as group winners could be confirmed this week. To achieve that, they must win in Russia against Spartak Moscow, and hope that Legia Warsaw beat Leicester City on Thursday.

Napoli are in a commanding position coming into matchday five, as they have won half of the games that they have played to this point. However, the one defeat that they have suffered in the group to this point came against Spartak in the match between the two in Italy.

However, Napoli have still been the standout side in this group, as they have scored the most goals and conceded the fewest. Napoli beat Legia Warsaw 4-1 on the road in their last game. Piotr Zielinski and Dries Mertens both scored penalties in that win, while Hirving Lozano and Adam Ounas also scored in the comfortable win in Poland.

The group is still so wide open that Spartak could yet qualify for the next round of the Europa League. However, they will need to pick up wins in both remaining fixtures that they have to play. To this point, they have won just once in four games, with that victory coming against Napoli in Italy.

However, the three point gap between the two ensures that they still have a chance, and a win for the Russians this week could blow this group wide open ahead of the final round of fixtures. Spartak have scored the second highest number of goals in the group to this point, and they will need that attacking threat if they are to pose Napoli a threat this week.

Surprisingly, Spartak actually have a really good record against Napoli, as they are unbeaten in their last three. However, the last two matches for Napoli in Russia have ended in 0-0 draws. The most recent of those was a 0-0 draw against Dinamo Moscow in the Europa League six years ago.

Napoli haven’t fared very well in recent fixtures against Spartak, and also don’t have the best record in Russia. For that reason, we could foresee this fixture ending in a draw, which means everything will still be to play for going into the final round of games.

Make sure to bet on Spartak Moscow vs Napoli with 22Bet!