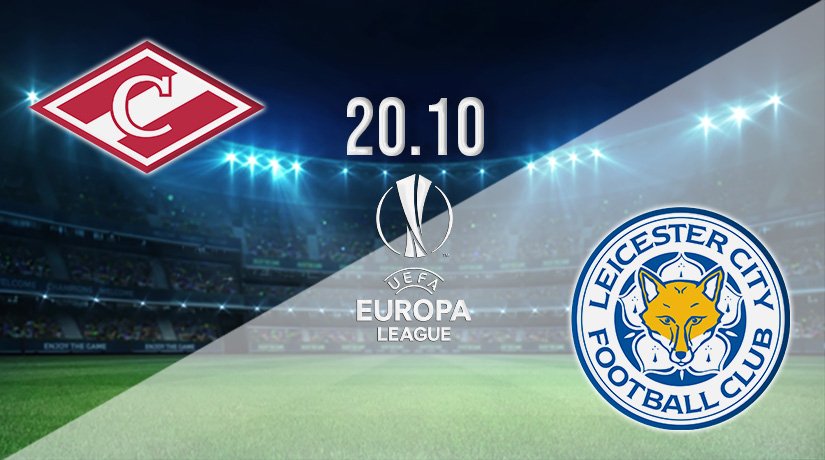 Leicester City have endured a disappointing start to the Europa League, as they are currently at the bottom of Group C after two games. They will need to turn a corner in their fixture this week, as they come up against Spartak Moscow, who are currently in second.

Spartak and Leicester find themselves at contrasting ends of Group C after two rounds of fixtures have been played. The Foxes will be buoyed by their huge win over Manchester United in the Premier League last weekend, and will be hoping to use that to their benefit when they travel to Russia on Wednesday evening.

Leicester have picked up just a single point from the two games that they have played in the Europa League to this point. That point was picked up in their first outing in the competition, as they threw away a 2-0 lead to draw 2-2 with Napoli at the King Power. Their chances of progression were hit hard once again in their second fixture in the group, as they were beaten on the road by Legia Warsaw, who are the only side in Group C to still have a perfect record.

Spartak Moscow have seized their chance over the first two rounds of fixtures, as they are in second place above both Napoli and Leicester. They were beaten in the opening round of fixtures by Legia, before claiming a shock win on the road against Napoli.

The Italian giants had been in excellent form before that game, but a red card in the 30th minute turned the tide in the Russians favour. Quincy Promes scored twice in the second half to claim a dramatic win, while Mikhail Ignatov also scored in the closing ten minutes.

Leicester haven’t played Spartak in a competitive fixture previous. The Foxes will be the eighth different English side that Spartak have played. In their last 19 meetings with English sides, they have won nine, drew three and lost on seven occasions.

Leicester will desperately need to get a win in this fixture to enhance their chances of qualifying for the next round. However, they have won just once in their previous seven, and are without a win in each of their last four in the Europa League. A point on the road this week could be seen as a positive outcome.

Make sure to bet on Spartak Moscow vs Leicester City with 22Bet!