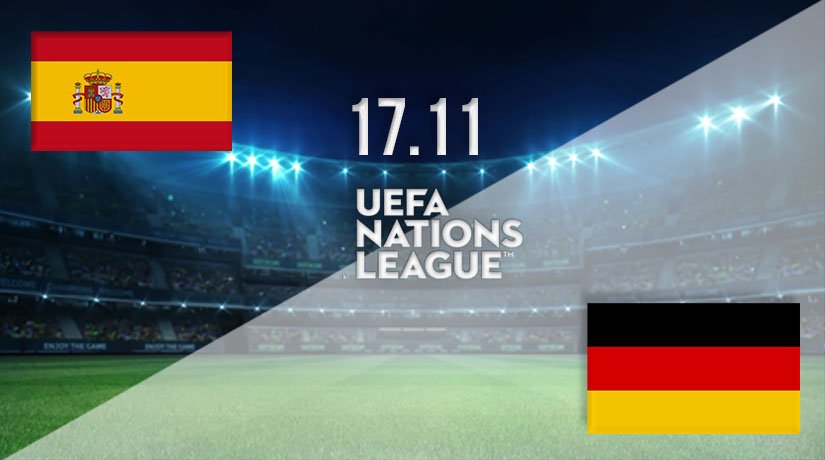 One of the main attractions in this midweek’s international fixtures comes from the UEFA Nations League as Spain and Germany meet on matchday six in Group A4. This game will be shown live on television to a massive audience and to make things even more interesting the winner of the game will end as group champions. Armchair fans hope this tussle lives up to the hype and produces an engrossing 90 minutes.

Spain sit second in the table with their stats showing two wins against two draws with one defeat. They have scored seven goals so far whilst conceding three in their five games and that makes them the strongest defence of the bunch, at least four better than the rest of the division. The eight points on the board means Spain are one behind leaders Germany with a game left.

The locals may be pushing for pole position, but they have allowed their standards to drop in recent outings, failing to win any of their last two Nations League matches. They were last seen in action fighting out a 1-1 draw in Switzerland and that will go down as two points dropped as Spain were expected to win that match.

Germany are top of the tree with five games in the books and their record to date stands at two wins against three draws and no defeats. They may be top of the group and unbeaten so far, but they have been far from convincing, scoring 10 goals but conceding seven in the process. Fans will be far from pleased but it’s obvious there’s more to come from this German side.

They have taken seven of the last nine points that have been available to them and won last time out. Germany hammered Ukraine 3-1 at home on Saturday, banking the points thanks to goals from Sane and a Werner double. They fell behind to a Yaremchuk opener that day but showed their stomach for a fight.

Spain have the home advantage and know this is a must-win game for them if they want to finish top of the pool. Nothing short of three points will do and that may force the locals onto the attack early. Germany know a share of the points would be enough and may set-up for a draw.

Make sure to bet on Spain vs Germany with 22Bet!