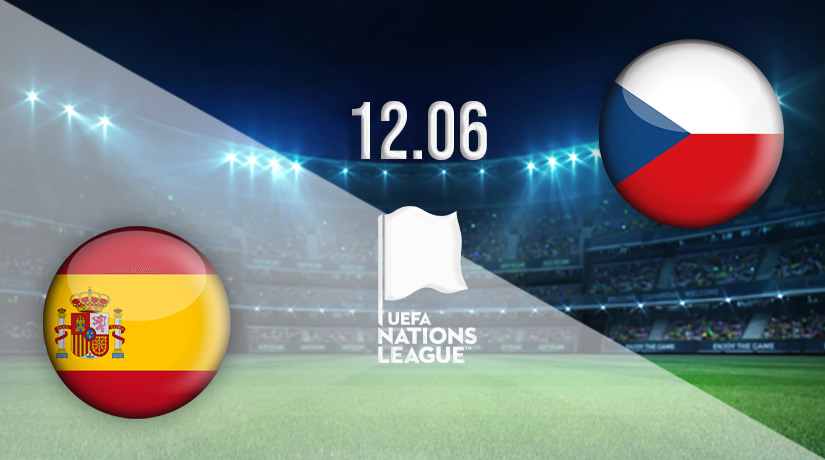 Spain vs the Czech Republic Prediction: Nations League Match on 12.06.2022

After the tournament with two draws, Spain will be looking to get their Nations League campaign back on track when they host the Czech Republic on Sunday at 19:45GMT at the La Rosaleda Stadium as they look to do one better than the 2-2 draw they obtained away to the Czech Republic.

Can Spain Beat the Czech Republic and Get their Nations League Campaign Back on Track?

After two draws in their first two matches in the Nations League campaign, Luis Enrique will be looking for his side to respond decisively in their home match against the Czech Republic, especially given their away leg ended in 2-2 draw and two dropped points.

Consistency has been Spain’s main challenge in the Nations League campaign so far and Enrique will be looking to fix this dynamic through team selection and ensuring that the players he picks are in sync to maintain high-performance levels.

The disjointed nature of Spain’s 2-2 draw away to the Czech Republic highlighted the scale of the task that Luis Enrique has to get the team ready for the World Cup.

The solution has to come sooner rather than later as Spain seek to bolster their position in the Nations League in a group with Portugal, the Czech Republic, and Switzerland.

Can the Czech Republic Maintain their form to get a good Result Away to Spain?

With a win and draw from their opening two matches, with the draw coming against Spain in the first leg, the Czech Republic will be looking to maintain their good form when they travel to Spain to face Luis Enrique’s side.

Jaroslav Šilhavý will rue the fact that his side conceded a last-minute equalizer against Spain, which led to two dropped points.

However, he will be encouraged by his side’s performance against Luis Enrique’s side in the first leg and will be confident that they can get a favorable result from their clash with Spain on Sunday.

Czech Republic’s focus will be to stay compact in the face of Spain’s domination of possession and dictation of tempo. This means maintaining high alertness levels to ensure that there are no lapses that could be punished by Spanish players.

Luis Enrique’s side have won three out of their last five outings in international football. They have also drawn two times.

This unbeaten run of form indicates that Spain’s form has suffered in recent matches, especially the two draws in their first two outings in the Nations League.

In this run, they have dropped four points, and they are currently third on the table behind Portugal and the Czech Republic.

The three wins came in the matches against Sweden (1-0) in the World Cup Qualifiers and the two friendlies against Albania (2-1) and Iceland (5-0).

Enrique’s side have kept three clean sheets in their last five matches, scored 11 goals and conceded four in the process.

In the last five outings in international football, the Czech Republic has won twice, drawn twice, and lost once.

The two wins came against Estonia (2-0) in the World Cup Qualifiers’ matchday 10 and in the Nations League opening triumph (2-1) over Switzerland.

The defeat came against Sweden (1-0), which meant that the Czech Republic will not take part in the World Cup in Qatar, whereas the draw came in their second Nations League match against Spain (2-2).

The Juventus striker will be crucial for Spain when they face the physical defense of the Czech Republic on Sunday. His pace, aerial prowess, and finishing are essential attributes to bolster Spain’s attack and enhance their ability to be direct in their play and be unpredictable.

The main challenge for the Czech Republic in the match against Spain will be midfield. Soucek, the West Ham midfielder, will be crucial in providing the energy, work rate, and disruptive presence they need to stand a chance of winning the ball and counter-attacking against Spain on Sunday.

Spain will dominate the ball with their patient passing and building play from the back. Their midfield will dictate the tempo and rhythm of the match.

The Czech Republic will maintain a solid and compact shape, and they will use transitions and set pieces as their core avenues to cause Spain trouble.

Spain are favorites to win the match and take all three points.

Make sure to bet on Spain vs Czech Republic with 22Bet!