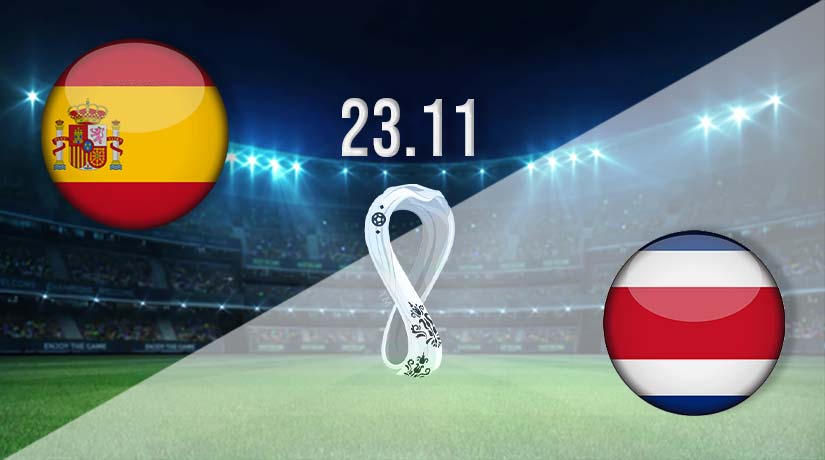 Spain could be one of the dark horse teams that may go pretty far in the World Cup this year. However, they will be looking to get off to the best possible start against Costa Rica, as it could be a close fight for top spot between themselves and Germany in Group E.

Group E looks set to be a very close fight for top spot in the standings, as both Spain and Germany will have their sights set on achieving that finish. Spain are previous winners of the World Cup, with their only success coming back in 2010. However, their performances in the competition have been underwhelming since.

They crashed out in the group stage of the 2014 competition, before losing to Russia in the round of 16 four years ago. However, their recent form coming into the competition in Qatar has been relatively strong, as they have won their previous two, and also claimed victories in four of their last five matches. The Spanish claimed a victory in their final warm up fixture last week, beating Jordan 3-1.

Costa Rica are the big outsiders to reach the next round of the World Cup this year, as they have been drawn in a very testing group. They come into this after being knocked out in the group stage of the tournament four years ago, which came after their best showing at the World Cup in 2014, where they reached the quarterfinals.

However, their recent form has been fairly strong, as they have picked up four victories in their previous five international fixtures. Their latest win was recorded against Nigeria at the beginning of this month. The goals in that 2-0 success were scored by Oscar Duarte and Kendall Watson.

This will be the first time that Costa Rica and Spain have clashed at the World Cup. However, there have been three previous meetings between the sides, with the Spanish having won on two occasions. The other fixture between the sides saw a draw played out.

I like Spain’s chances of going far in the World Cup this year, and I would expect them to get off to the best possible start at Al Thumama Stadium. I could see the Spanish claiming a 2-0 win in their opening fixture.

Make sure to bet on Spain vs Costa Rica with 22Bet!