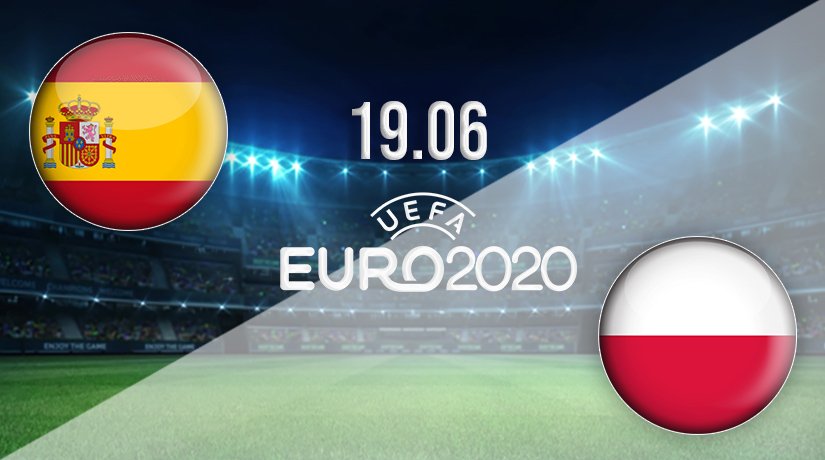 If you need a professional opinion about Spain – Poland match, you’ll get one. We are here to present you the possible outcome of the game and provide some betting info from the online betting platform 22Bet to increase your chances on win. Don’t thank us yet.

Following a dramatic Friday from Euro 2020, headlined by England’s match against the Auld Enemy Scotland at Wembley, football fans look ahead to another thrilling round of fixtures on Saturday. Three games are scheduled to be played and shown live on television, with armchair fans getting the chance to catch up on the likes of France, Portugal and Germany. So there’s plenty to look forward to and even more to get excited about.

For this big match preview, our team of football content writers focus on Spain’s second match in Group E, where they play Poland from 20:00 GMT. The Spaniards have won the Euros three times before, making them the tournament’s joint most successful team with Germany. They were also one of the early favourites with many respected pundits to secure glory again this summer and set a new standard.


To give themselves the best chance of progressing to the knockout round as winners of their pool, Spain must take three points from this match and do so in an impressive fashion. There are plenty of goals and talent in the Spanish team, but Poland is here on merit and is no mere opponent. They will aim to frustrate their opponents, keep the scores competitive for as long as possible and grab a shock result. This is a game that is sure to keep followers on the edge of their seats from the first whistle.

Spain holds a 100% record against the Poles

This Spanish team is littered with individual talent, and on paper, they are good enough to get out of the group and blaze a trail of glory to the finals at Wembley next month. Experts don’t believe Spain are quite as strong as they were at the height of their powers when dominating this competition and winning the World Cup. Fans will want to see them fit form at the right time and get off to the best possible start. They are expected to win this pool at a canter, and they are certainly capable of doing that.

Spain impressed when last up against Poland, cruising to a stunning 6-0 victory back in 2010 in a friendly match. The head-to-head stats between the pair holds no surprises, with Spain boasting a 100% record from three previous starts. The aggregate score shows Spain have scored 11 goals and conceded just one with the spare coming back in 1999. The players know what is expected of them but will also be confident in their ability to maintain that winning record over the Poles.

Red Fury entered Euro 2020 unbeaten in eight games and with their tails up. Despite that purple patch, they did draw half of those eight games, including a disappointing 1-1 against Greece at home in a World Cup qualifier. The team were much more impressive when hammering Germany 6-0 last November in a Nations League match, and if the team can get anywhere near that level again here, they’d make light work of Poland.

Poles aiming to cause an upset

Poland were one of the most impressive teams during qualifying and arrived in great form in competitive action. They appreciate the size of the task ahead of them against Spain, but the Poles will believe they have a chance to create history. The European Championships are famous for throwing up some shock results, and Poland is responsible for contributing their fair share. If they were to defeat Spain in this group match, it certainly wouldn’t be the biggest upset international football has ever seen.

Heading into the Championships, Poland had lost only one of their previous five games, which was great for team morale. The spare defeat during that purple patch was inflicted by England at Wembley in a World Cup qualifier back in March, with that game ending 2-1. The beaten side briefly had themselves level when Moder netted to match a Kane penalty, but the Three Lions took the points thanks to a late strike from Maguire with only minutes remaining in the contest.

It is worth noting from Poland’s recent form that they drew three of those five games and each of their two warm-up matches ahead of Euro 2020. The Poles finished 1-1 with Russia and 2-2 against Iceland in friendlies, and it’s likely the coaching staff, players, and fans would rate another level finish and share of the spoils as a massive result here. A draw against Spain would keep alive their chances of going through to the knockout stages.

Many football fans expect Spain to win this match, and if they play to the best of their abilities, they should do just that. The former European champions have the quality in attack to defeat any opponent at this level and know there will be tougher tasks ahead than Poland, but that will only be true if they take three points from this game. Spain must concentrate on the here and now. They must give Poland their entire focus if they are to avoid a shock.

Poland has nothing to lose here in that little is expected of them outside of their own support. Much of the talk in the build-up to this game has been on how many goals Spain will win by. That favours the Poles, who are no strangers to starting matches as underdogs and preparing out of the spotlight will aid their cause.

The head-to-head stats suggest this will be a high scoring win for Spain, but nothing can be taken for granted. Poland proved when claiming a Nations League draw against Italy late last year that, on their day, they are organised enough and fit enough to give any team a problem. Spain must be on their guard.

Spain are priced as favourites to win this match at 22Bet with odds of 1.465 available. Poland are the betting underdogs at 6.7 with odds of 4.5 available on the draw.

You can bet on the match at 22Bet without predicting the winner. There’s both teams to score, total goals, handicap, first goalscorer, to score a hattrick and more.

Make sure to bet on Spain v Poland with 22Bet!