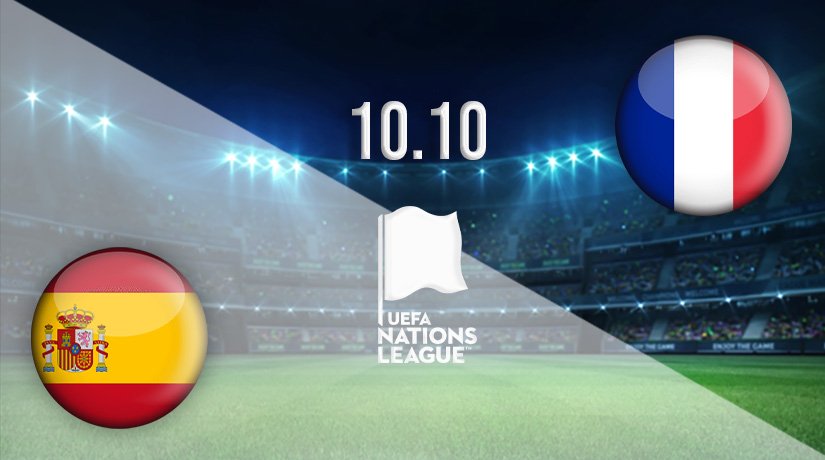 Following two tense midweek semi-final matches, we have arrived at the final of the UEFA Nations League. Two heavyweights of International football are left standing, waiting for the bell and ready to slug it out for the trophy.

Which will a knockout and go to next year’s World Cup in Qatar as Nations League champions? Spain or France? Armchair fans will find out on Sunday when the pair clash from 19:45 GMT in a decider that will be beamed worldwide by several major television stations.

Spain and France failed to live up to top expectations at Euro 2020 in the summer, both eliminated earlier than expected before Italy beat England on penalties in the final at Wembley.

They have a chance to salvage their reputation and breathe confidence into the ranks when playing in the final of the Nations League. Both believe they are good enough to win the game and both have every right to as a strong argument could be made for either nation finishing as champion.

Sunday’s match will be the 14th meeting of Spain and France and the head-to-head stats are finely poised. Spain just shades it on six wins against the five of France with two games ending in a draw.

The most recent was played in 2017 when Spain won a friendly match 2-0 thanks to goals from David Silva and Gerard Deulofeu. Can they do it again or will Les Bleus fire back and calm the Red Fury?

Spain were always one of the favourites to win this competition but it was a crucial one for the side as they aimed to bounce back from the heartache of the summer. One of the best teams on the planet, it’s no surprise to see Spain competing in the final of a major competition and they are good enough to do the same again in little over a year when entering the World Cup.

This Spanish side has a point to prove, both to themselves and to their fans. The golden generation is fast approaching the end of their careers and the new faces coming through are being thrust into the spotlight. They are under pressure to show the future of Spanish football is in safe hands.

They played their first Nations League match of the year on Wednesday and returned to action in fine style when beating European champions Italy 2-1 in what was a gripping contest. The Italians were favourites for the win with most respected pundits due to their solid recent form but it was Spain that came good, scoring an upset and advancing to the final.

A double from Torres in the opening 45 minutes put Spain in a comfortable position and with the Italians losing Bonucci to a red card just before the break, the damage was done. Italy did fire themselves back into it, setting up a tense finish when Pellegrini found the net on 83 minutes but they couldn’t find an equalier.

Torrres was the man of the match and the player to make the difference on the night. He is in great form, scoring 11 goals for Spain since last September and he’ll be an important player in the final.

The Manchester City star is attracting a lot of attention as he embarks on what will be the biggest season of his career. He’ll want to fire his club to Premier League and Champions League glory but before that he carries the hopes of his nation.

Must win for France

Like their opponents, France face an important match as they aim to get supporters back on side following a poor effort at the Euros. On paper, this French team are the most talented in the world, and many experts had them picked to prove it with a win at the European Championships.

They certainly shaped well for much of the competition, especially the group stages, but were unable to live up to expectations and go all the way. Supporters viewed it as another example of the players performing below par.

That hurt would vanish if the French players were able to win UEFA’s second string international competition and then go on to lift the World Cup in Qatar next year, and there’s no reason why they can’t achieve that. The French squad reads like a who’s who of football, and if they are all pulling in the same direction and playing as a team, there is no reason why they can’t do the Nations League and World Cup double.

A win on Sunday would boost confidence in the camp and send out a statement of intent.

France made it to the final by beating Belgium by the odd goal in five on Tuesday evening. It was a stunning match that went all the way to the finish, with both sides believing they could win.

Belgium started the stronger, racing into a 2-0 lead by half time, but France rallied, scoring three second-half goals to secure their place in the final. Goals from Benzema, Mbappe and a 90th-minute winner for Hernandez completed the fightback.

A meeting of the best two teams in the competition, but which will come out on top and win the Nations League trophy?

This competition isn’t as crucial as the World Cup or Euros, but for Spain and France, it’s a chance to prove a point, to show they are a force ahead of Qatar 2022 and have put Euro 2020 behind them.

With the semi-finals providing followers with a total of eight goals, neutrals will hope this final follows that trend and serves up a few more.

Spain are an attacking force, but France enjoyed an extra day of rest following that win over Belgium on Tuesday and, at this level, that could make all the difference.

The pre-match betting available on the UEFA Nations League has Spain priced at 3.032 with France trading at 2.445 and the draw 3.19.

Make sure to bet on Spain v France with 22Bet!